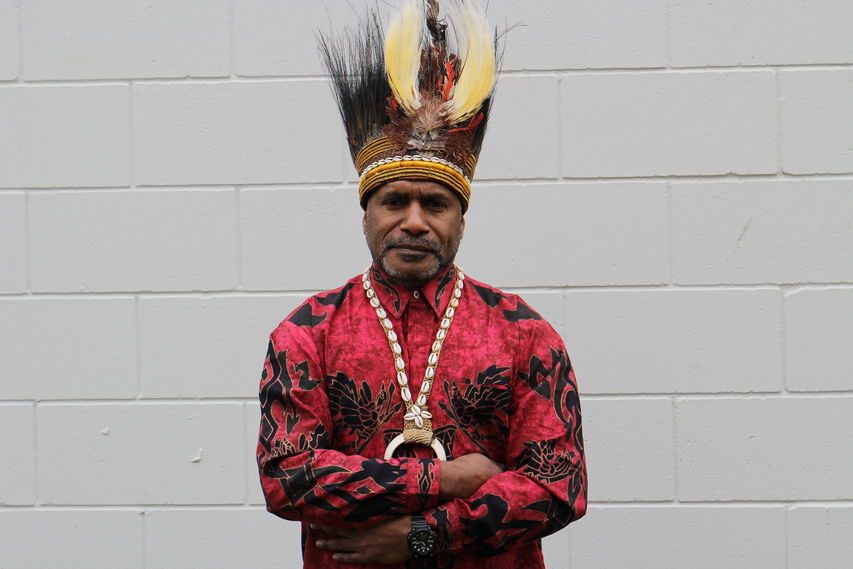 A leading West Papuan activist is comparing the plight of his region to that of the crisis in Ukraine.

Benny Wenda, who is the Interim President of the United Liberation Movement of West Papua (ULMWP) says even as the world looks on in horror at Russia’s invasion, West Papuans feel a special affinity to the Ukranian people.

“We feel their terror, we feel their pain and our solidarity is with these men, women and children. We see their suffering and we weep at the loss of innocent lives, the killing of children, the bombing of their homes, and for the trauma of refugees who are forced to flee their communities,” Wenda said.

Wenda said world leaders have spoken up to condemn the actions of Vladmir Putin and applauded the bravery and spirit of Ukrainians in their resistance; as they defend their families, their homes, their communities, and their national identity.

But he questions why they have been silent about over half a century of conflict in West Papua.

“Between 60-100,00 people are currently displaced, without any support or aid. This is a humanitarian crisis,” Wenda said.

“Women forced to give birth in the bush, without medical assistance. Children are malnourished and starving. Our people have been suffering this, without the eyes of the world watching, for nearly 60 years.”

Wenda said Indonesia’s permanent representative to the UN called the military attack on Ukraine unacceptable and called for peace.

But he claims on the same day as that address, seven school boys were arrested, beaten and tortured by Indonesian military in West Papua and one of the boys, Makilon Tabunim Benny Wenda said has died from his injuries.

“The Indonesian military is deliberately targeting the young, the next generation. This, to crush our spirit and extinguish hope,” he went on.

“These are our children that you are torturing and killing, with impunity. Are they not ‘innocent civilians’, or are their lives just worth less?2

He had a message for Indonesia “The international community is waking up and you cannot continue to hide your shameful secret any longer.”

“Like the Ukrainian people, you will not crush our spirit, you will not steal our hope and we will not give up our struggle for freedom,” he said.

Forum SG on the situation in the Solomon Islands