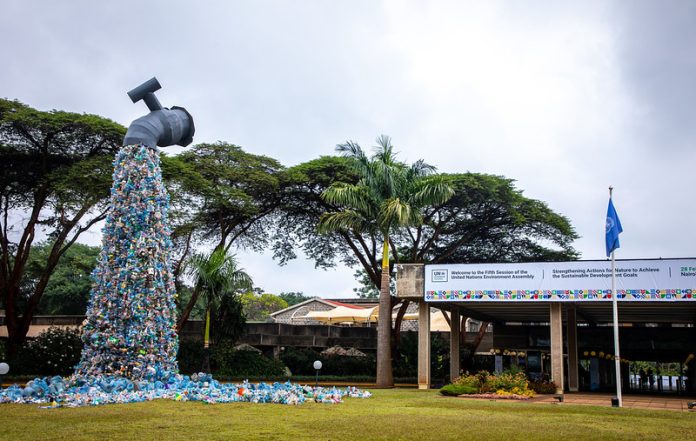 UN Member states at the UN Environment Assembly (UNEA-5.2) have unanimously agreed to develop a legally binding treaty to end plastic pollution, making it one of the world’s most ambitious environmental actions since the 1989 Montreal Protocol which effectively phased out ozone-depleting substances.

The adopted UN resolution calls for the development of a robust treaty that allows for global rules and
obligations across the full life cycle of plastic. This will hold nations, businesses, and society accountable in eliminating plastic pollution from our environments.

WWF welcomes this decision and urges the world’s governments to seize this powerful momentum for eliminating plastic pollution and act just as strongly and decisively in developing the full content of the treaty by 2024. WWF commits to support the work of UNEA’s Intergovernmental Negotiation Committee in finalising the important details of this historic treaty over the next two years.

“We stand at a crossroad in history when ambitious decisions taken today can prevent plastic pollution fromcontributing to our planet’s ecosystem collapse. By agreeing to develop a legally binding global treaty on plastic pollution, our world leaders are paving the way for a cleaner and safer future for people and the planet,” said Marco Lambertini, Director General, WWF International.

“But our work is far from over – world leaders must now show even more resolve in developing and implementing a treaty which addresses our current plastic pollution crisis and enables an effective transition to a circular economy for plastic. This requires not just any treaty but one with clear and strong global standards and targets that will create a level-playing field that incentivises nations to abide by common rules and regulations while also penalising harmful products and practices.”

Dr Mark Drew, Director, WWF-Pacific said: “It is incredibly refreshing and reassuring during challenging times to realize global leadership coming together and taking meaningful steps to make a positive difference in our world. The decision made at UNEA signifies a onsensus around the importance of protecting nature and in turn people. WWF-Pacific stands strong with Pacific leaders and commend their actions wholeheartedly. We also stand ready and poised to support next steps to ensure a treaty is realised in the near future. Congratulations to all involved.”

Alfred Ralifo, Senior Policy and Government Affairs Manager, WWF-Pacific said: “The Pacific Island Countries (PICs) have shown great leadership in calling for a new legally binding instrument to end plastic pollution – this was clearly articulated in the Pacific Marine Litter Action Plan 2018 to 2025 and also in the Pacific Regional Declaration on the Prevention on Marine Litter and Plastic Pollution and Impacts in 2021. For Pacific Islanders we are at the receiving end of lots of different kinds of plastics including micro plastics which we cannot recycle and are already affecting our health and wildlife. This also includes transboundary plastic pollutants that are found in our oceans which came from other countries. This new treaty would ensure that there are strict controls in place from production to consumption and recycling and therefore, end plastic pollution.”

Pressure has been mounting on governments for a legally binding treaty to address the plastic pollution crisis.

More than 2.2 million people around the world have signed a WWF petition calling for this, while over 120 global companies, and more than 1,000 civil society organisations have also backed calls for a treaty.

WWF calls on world leaders to build on this overwhelming global support and today’s watershed moment by establishing an ambitious global treaty on plastic pollution by 2024 that:

● Is legally binding with common rules and regulations that can scale up circular economy solutions worldwide;

● Incorporates global regulations across the full lifecycle of plastics, including global bans on harmful products and actions, product design standards and measures that reduce virgin plastic production and consumption;

● Recognises the critical role of the informal waste sector in driving a circular economy and enables the participation of this sector in the negotiations.

CITES Parties in the Pacific take part in training on implementation...