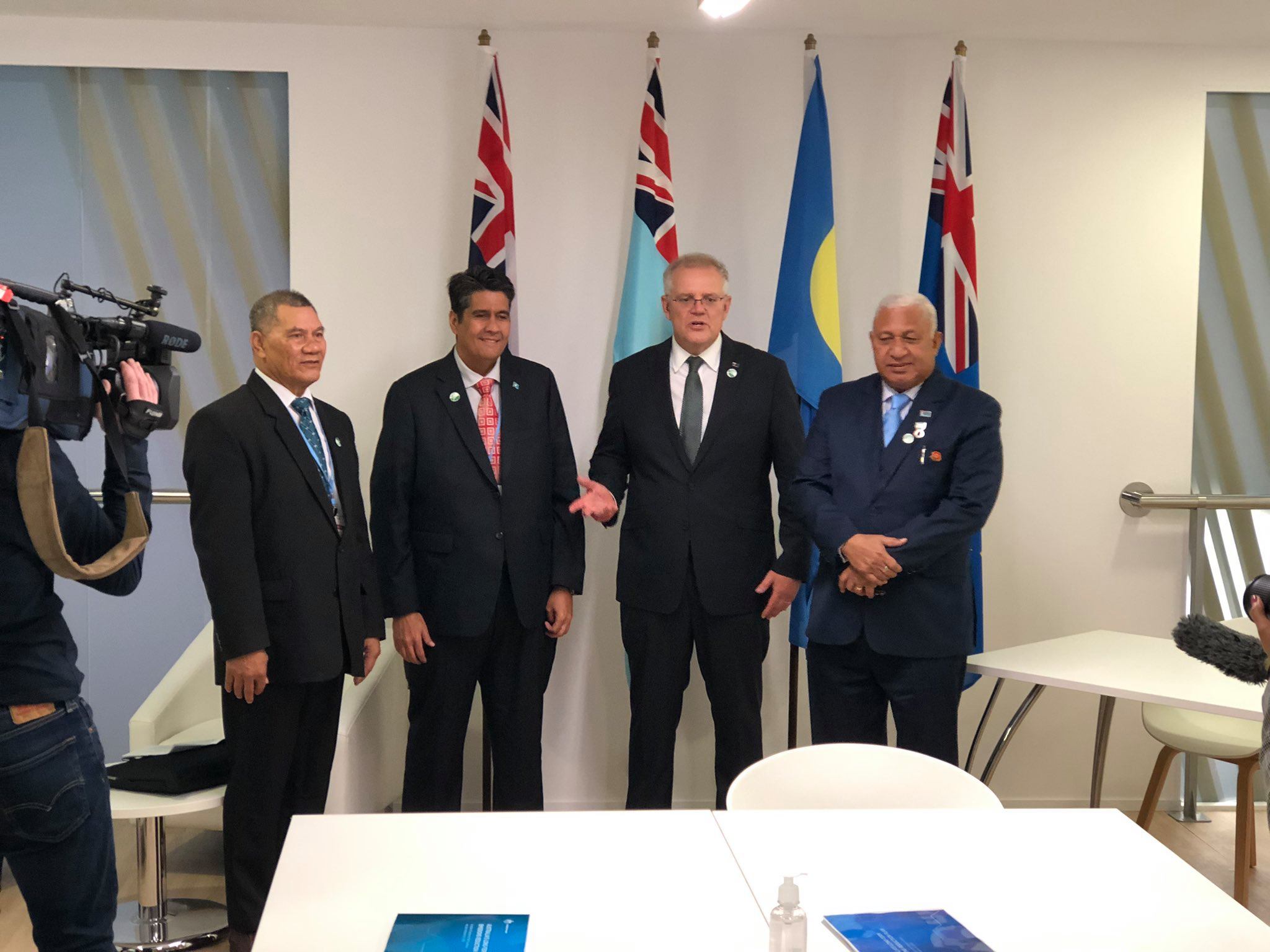 The commitment, leadership and the amplified voice of the Pacific has been acknowledged as having played a key role in the “success” of the Twenty-Sixth Conference of the Parties to the UN Framework Convention on Climate Change (COP26) in Glasgow Scotland.

But while the Pacific and the world unpacks the outcomes of COP26, as they prepare for COP27 in Egypt, the President of COP26, Alok Sharma, has also cautioned that the “pulse” of what the Pacific needs for survival, a 1.5-degree world, “remains weak.”

Sharma made the point during the opening session of the “The Road to COP27 Pacific Climate Dialogue with UK COP26 Presidency” hosted virtually on Wednesday.

The session, made possible through a partnership between the UK COP26 Presidency, the Secretariat of the Pacific Regional Environment Programme (SPREP), the Pacific Islands Forum Secretariat (PIFS), the Pacific Community (SPC), the University of the South Pacific (USP) and the Pacific Resilience Partnership (PRP), was well attended by Pacific Leaders, Ministers, officials, CROP agencies, partners and key stakeholders.

“The Pacific played a vital role in the success of Glasgow, both in the lead-up and at the event itself,” said Sharma. “A huge, huge thanks from me and the whole of the UK team for being by our side during some very, very challenging discussions we had to have with many parties.”

The COP26 President said the Pacific’s presence in Glasgow, despite the challenges posed by COVID-19, made a huge difference in the outcome.

“What we also heard were incredibly inspiring speeches such as the one from Brianna Fruean, it visibly moved leaders and that’s what I believe helped get things over the line. It was that commitment, the leadership shown by the Pacific and of course the inspirational speeches as well which helped world leaders go further in terms of what they were to at Glasgow.”

Samoa’s Prime Minister, Fiame Naomi Mata’afa, who is the Chair of the Pacific Small Islands States (PSIDS), said the Pacific representation at COP26 might have been smaller than what it would have been if it wasn’t for COVID-19, but it was a very “effective contingent of High-Level Political Champions, who successfully championed key PSIDS priorities.

“This was viewed as critical for ensuring technical expertise was strongly supported by political will and vice versa. In this respect, and despite the conclusion of COP26, and given both its successes and shortfalls, we must continue our work and maintain our momentum as we now turn our attention and focus on navigating a path to COP27,” Mata’afa said.

She referred to the Pacific SIDS Post-COP26 Analysis Meeting, held recently, where the platform was laid for the Pacific’s collective voice to continue the fight for a 1.5degree world.

“The Pacific has begun its work towards COP27. Our negotiating priorities remain consistent and our positions united and steadfast in the hope for a 1.5degree world,” she said.

“The ongoing dialogue and relationship with the UK COP26 presidency proved to be very successful for the PSIDS. The PSIDS will like to see how the imperatives from Glasgow deliver on their mandates and to this end we would welcome regular updates on the commitments made in Glasgow on finance, including for adaptation.”

Mata’afa expressed the need for PSIDS to know what plans exist to advance the dialogue on loss and damage.

“We invite the Egypt COP Presidency to engage with our region in preparation for COP27. We would like to gain an early understanding of the thematic focus for COP27 so that the Pacific can plan for targeted and dedicated preparations. It is critical that more targeted dialogue with the World’s biggest emitters continues. We would like to see further development of coalitions and partnerships with like-minded parties and explore potential linkages with non-state actors. All of whom we must consider as critical partners for supporting the call of the Pacific,” she said.

The President of Palau, Surangel Whipps Jnr, reiterated the gravity of the climate crisis for the Pacific and called for a stronger regional effort at COP27.

“For the Pacific SIDS, the climate crisis is also an ocean and biodiversity crisis, it is undeniably a humanity crisis. The injustice is that the largest emitters do not answer to SIDS nor are they held responsible for the burdens we bear,” he said. “In Palau, the costly relocation of our only hospital and homes due to sea level rise is an example of a critical adaptation project but accessing funds continues to be an obstacle and must be changed. Equally challenging is the availability of financing for loss and damage. We must push to expand the definition of climate financing to include a proportionate share of financing for adequate assessment and realistic recovery costs.”

President Whipps Jnr reminded that although the Pacific countries are small and vulnerable, the people of the Pacific are key agents of change.

“As traditional stewards of our island ecosystems we’ve taken action to do our part, locally we are adjusting our waste management systems to encourage proper disposal and recycling. We are working with the tourism industry on green certification programme. We are protecting our ocean, forests and converting to renewable energy,” he said.

“Overall COP26 brought more people in our canoe to help paddle faster. We need to work harder to bring everyone on board to speed up and outrun the storm that is ahead. As Pacific leaders, it is our responsibility to pursue climate action to ensure that our people, our cultural heritage, our islands remain resilient against the climate change threats,” said Whipps.

The point was well supported by the COP26 President, Sharma, who demanded that 2022 become a year of delivery.

“Thanks to promises we made collectively in Glasgow, the 1.5 limit remains within reach. We know that this is a limit that is integral to the future of the Pacific,” he said. “The commitments we secured (in Glasgow) are historic but at the moment they are just words on a page, and as I acknowledge in Glasgow and I will acknowledge it again, the pulse of 1.5 remains weak. My focus and the focus of the UK team is delivery.

“Throughout this year, we are going to need Pacific governments, civil societies and young people to use your moral authority which we saw on display in Glasgow to push the biggest economies to honour their promises, particularly the G7 and the G20. We must urge them to deliver on the promises they made through the Glasgow Pact. So together my friends, let’s make this a year of delivery,” he said.

COP26 was hosted by the United Kingdom from 01 to 13 November 2021. Amplifying the Pacific voice at COP26 was a major challenge given there were just 146 Pacific Island delegates present due to COVID-19 challenges. Overall, there were close to 40,000 registered participants. Climate change is the single greatest threat to the security of our Pacific islands people who work collectively to advocate for a 1.5 Degree world.

The Glasgow Climate Pact, a package of climate decisions was finalised by over 194 Parties and included the phasing down of coal and first time recognition of our ocean with an annual dialogue to take place as well as completed the Paris Agreement Rulebook.

“The Road to COP27 Pacific Climate Dialogue with UK COP26 Presidency” was held on 23 February 2022.