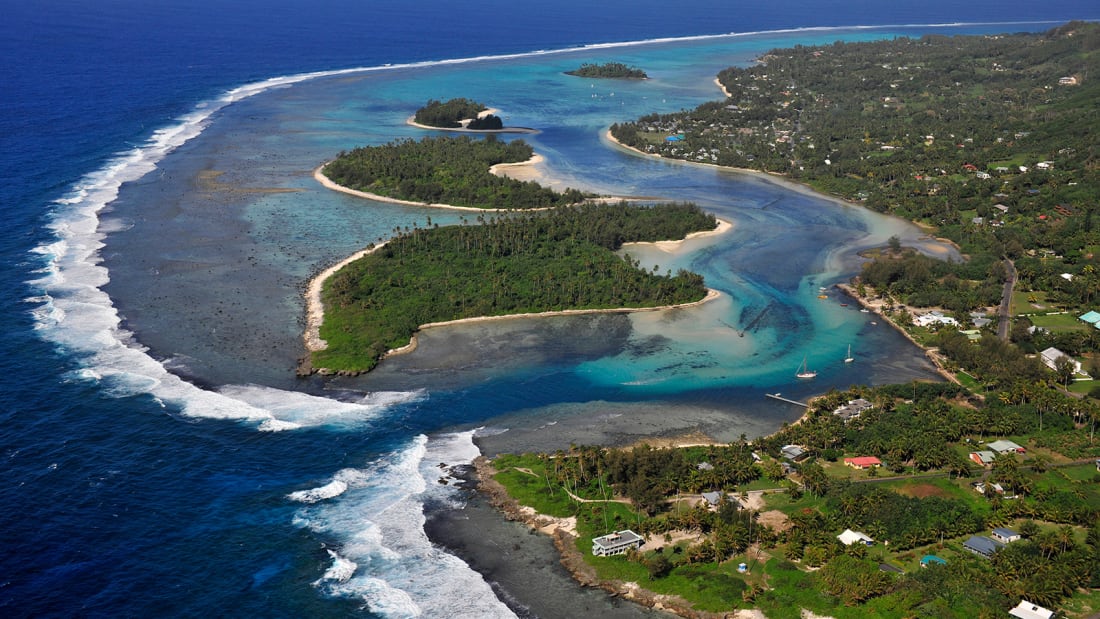 The Cook Islands, through Associate Minister for Foreign Affairs and Immigration Tingika Elikana called on the United States to formalise a high level dialogue mechanism with the Pacific if it was committed to deeper engagement with the Pacific.

The call was delivered during a Roundtable Exchange last Friday co-hosted by Fiji’s Acting Prime Minister and Attorney General Aiyaz Sayed-Khaiyum and the United States Secretary of State, Antony Blinken in the margins of Blinken’s visit to Fiji.

The Roundtable Exchange included a number of Pacific Leaders, many of whom called for greater engagement by the U.S with the region including on climate change, economic resilience, oceans cooperation and regional integration.

Speaking on behalf of the Cook Islands, Associate Minister Elikana put forward three suggestions that could support deeper engagement between the region and the U.S and bolster the economic resilience of the Blue pacific.

These included a large scale multi-year economic recovery package for the Pacific financed by the Pacific’s development partners including the U.S to assist with recovery from the economic devastation caused by the COVID-19 pandemic; an expanded oceans cooperation agenda between the U.S and the Pacific; and the formalisation of a high-level dialogue mechanism between the United States and the Pacific, similar to that of the triennial Japan Pacific Islands Leaders Meeting (PALM).

The Cook Islands various oceans related cooperation arrangements with the U.S including the multilateral Fisheries Treaty between the United States and the Pacific is a cornerstone of the its relationship with the U.S. There is a proud history of close bilateral cooperation in fisheries and maritime surveillance and enforcement between the two Governments which operate under the 2008 ‘Agreement Between the Government of the United States of America and the Government of the Cook Islands Concerning Cooperation in Joint Maritime Surveillance Operations’.

According to Secretary of Marine Resources Pamela Maru, the 2008 agreement “has provided a valuable platform for many activities over the years within the Cook Islands Exclusive Economic Zone, and training opportunities for Cook Islands officers with the U.S Coast Guard in bilateral and regional operations throughout the region.

In his remarks during the Dialogue, Blinken referred to the “Indo-Pacific Strategy of the United States commitment to deeper economic integration with the Pacific including measures to open market access for agricultural commodities from the Pacific Islands. Regarding climate change, Blinken announced plans to divert substantial portions of the US$150billion announced at COP26 last year to the Pacific and plans to make shared investments in decarbonisation and clean energy. Blinken also announced plans for a new embassy in the Solomon Islands.

“It is a decade since the visit to the Cook Islands by the then Secretary of State Hillary Clinton to attend he Pacific Islands Forum in 2012,” said Ministry of Foreign Affairs and Immigration Secretary Tepaeru Herrmann.

“Whilst we welcome last week’s dialogue opportunity with Blinken, the test will be what actions are taken by the U.S in the forward months to give substance to the forward aspirations shared during last week’s Dialogue. MFAI look forward to working closely with the U.S Embassy in Wellington to bring some of those aspirations to fruition, particularly where there is scope for expanded bilateral cooperation.” A new area of bilateral cooperation between the U.S and the Cook Islands is within the deep sea minerals sector with two of the three companies seeking exploration licenses being from the U.S.

Pacific teams up with indigenous North Americans in global fight against...

Heatwaves to impact almost every child on earth by 2050: UNICEF...