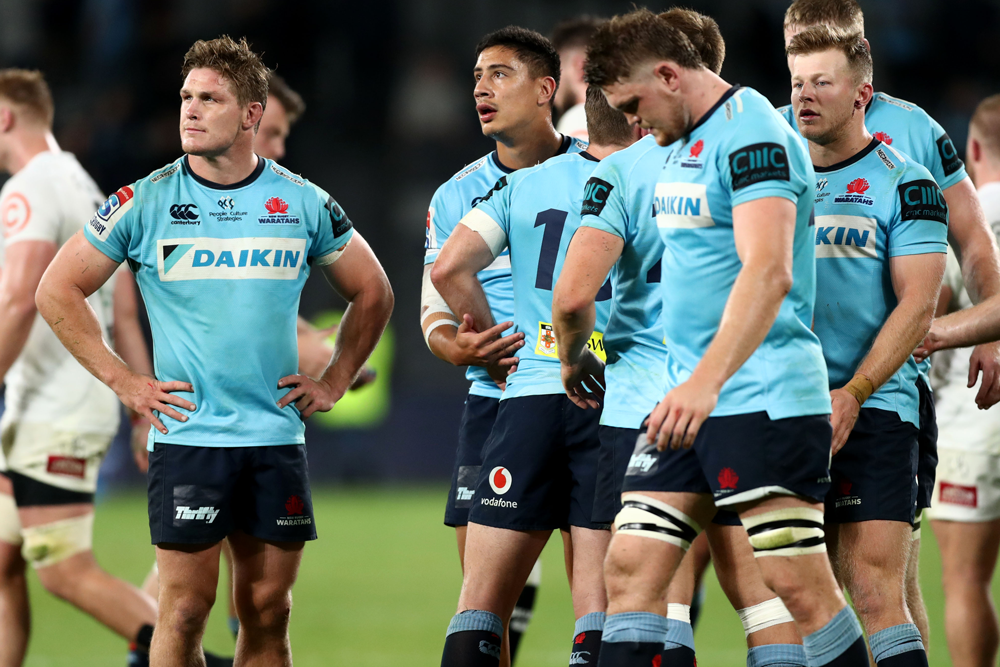 Laughing off claims Fijian Drua will be the easybeats of Super Rugby Pacific, the NSW Waratahs are instead on guard against a first-round ambush from the competition’s newcomers.

Winless in 2021, the Waratahs enter their season opener on Friday night at Commbank Stadium with renewed confidence after an unbeaten trial campaign against the Queensland Reds, Brumbies and combined Shute Shield opposition.

The Tahs have no plans on letting all the momentum slip against a Drua outfit fresh off upsetting the Melbourne Rebels in their first and only trial last week.

“The thing is with Fiji, they can score from wherever, whenever.

“So if you’re five metres out, they’ll somehow get an offload out and score from 100 metres — and they’ve done that to me many times.”

Drua coach Mick Byrne is playing down his side’s first-season prospects in the major leagues, but NSW attack coach Chris Whitaker is having none it.

Whitaker said the Drua’s talents were there for all to see during their initiation in the National Rugby Championship from 2017-19, including their triumphant 2018 campaign.

“They live for it,” Whitaker said.

“They’re freak athletes. They’re not short on recruiting some talent, that’s for sure.

“You just have to look at that Rebels game.

2Whether they’re starting the game or finishing the game, they’ve all got natural ability and, once they start to click, they’ll be a dangerous team, that’s for sure.”

Whitaker said it’s imperative the Waratahs stick to their game plan and not fall into playing sevens-style rugby.

“Our biggest danger is turning it into like a Fijian style game. I think that’s what they want,” he said.

“On both sides of the ball we’ve got to be really disciplined and stick to what we’re doing best.

“We want to limit the amount of opportunities that we give them in the unstructured scenario — loose turnovers, loose kicks, anything like that.

“They can create something from nothing and, once they get on a roll and once you get in that unstructured type of play where there’s unforced errors, that’s the whole trick of the Fijians and the way they play.

“They play a high passing game to try to lure you into that as well.