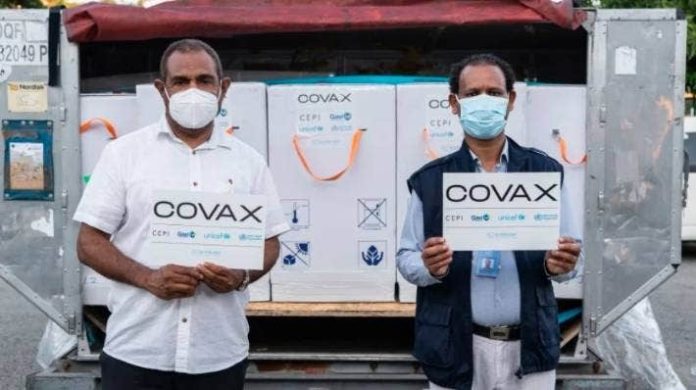 New Zealand has now given almost 1.2 million Covid-19 vaccine doses to Pacific and Asian nations, with more than half of them going to Indonesia, which has suffered one of the worst outbreaks in the region.

The Government is now halfway towards making good on its pledges to help vaccinate poorer countries. A further 1.2 million doses of vaccine will be delivered to countries through the Covax scheme next year, when New Zealand’s orders of the AstraZeneca vaccine become available.

The explosion of cases of the Omicron variant emanating from southern Africa has reinforced the need for developed countries to ensure developing ones have sufficient access to vaccines against Covid-19.

For New Zealand, it’s particularly important the Pacific region is vaccinated because an outbreak of Omicron could set back the region’s economic development for decades to come, said Josie Pagani, an international affairs commentator.

“With Covid, we’re seeing the inequalities that existed within country, and between countries, exacerbated massively,” Pagani said, citing increased inequality and increased poverty.

“Young people in the Solomons are not rioting on the streets because they’re worried about whether their country’s with China or Taiwan. They haven’t got a job and they haven’t got an income. They’ve got nothing to do and they’re desperate,” she said.

“So these geopolitical struggles become a proxy for something that is very real, which is increased poverty, and particularly with a high number of young people across the Pacific,” Pagani said.

The New Zealand Government this year pledged to donate a total of 2.4 million doses of vaccine, mostly AstraZeneca, through the Covax scheme. So far it has delivered 1.18 million doses, according to figures provided by the Ministry of Foreign Affairs and Trade(MFAT).

About 58 percent of those were sent to Indonesia, and more than 100,000 doses were sent to each of Fiji and Papua New Guinea.

The figures don’t count doses administered. Many of the doses sent to Papua New Guinea, for example, were forwarded on to Vietnam because the country was fearful stock would go off.

Because countries are managing their own vaccine rollouts, it’s unknown how many of the donated vaccine doses have been used, MFAT spokeswoman Susan Pepperell said.

In addition to sending vials of vaccine to the Asia-Pacific region, and economic support to Pacific nations, New Zealand has also donated $26 million to the Covax fund to ensure developing countries have access to Covid-19 vaccines, Pepperell said.

Gavi, the vaccine alliance running the Covax programme, has praised New Zealand’s contribution in donating vaccines and money to the global cause and said donations are critical to halt the worldwide transmission of the virus.

In a statement, Gavi spokesperson Marie-Ange Saraka-Yao said New Zealand was the first to donate funds for the 2022 fundraising round. Its support had helped Gavi deliver 588 million doses of vaccine to 144 countries.

Three Polynesian countries have fully vaccinated the bulk of their eligible population: Tokelau is at 99 per cent double vaxxed check, the Cook Islands is at 96 percent and Niue at 93 per cent. Others – Samoa (86 percent), Tuvalu (87.5 per cent) and Tonga (72 percent) – are all edging towards 90 percent of their eligible population being fully vaccinated.

“When you look at the vaccination rates in those Polynesian countries, they’re all doing pretty well,” said Dr Fraser MacDonald, an anthropologist at the University of Waikato. “But Melanesian countries have been left behind. There’s a massive difference.”

Access to vaccinations isn’t the problem for Melanesian nations, but a deep-seated mistrust from citizens, he said.

“Even very, very remote villages… in Papua New Guinea have access to the vaccine, so I think the provision of vaccines is good,” MacDonald said.

“But the main issue is the messy and complicated internal situation of the country. In terms of the actual distribution of the vaccines throughout the country, and the acceptance of the vaccines, that’s a completely different dynamic that depends on the beliefs and world views of the people themselves.”

Australia’s Lowy Institute is predicting Papua New Guinea, Solomon Islands and Vanuatu to be among the last countries in the world to fully vaccinate their populations.

In one of its models it predicts that by August 2026 just 35 percent of Papua New Guinea’s adult population will be vaccinated, while Vanuatu is expected to have reached 86 percent.

The New Zealand government has provided other support to countries like Papua New Guinea. In May, Foreign Affairs Minister Nanaia Mahuta announced $4m would be spent on Papua New Guinea’s vaccine rollout, including medical equipment for a Covid-19 field hospital in Port Moresby and logistical air support to get health staff, PPE and vaccines to remote parts of the country.

“There’s a very deep-seated fear, paranoia, resistance of the vaccine that is not easily overcome,” he said.
“Putting money into information or campaigns that are tailored to the local context would be very, very useful, and Australia are starting to do that kind of thing.”

Pagani said the government could do more to learn the specific issues each Pacific country has, and how it could offer more targeted support.

For that reason, she said New Zealand must do more than just supply vials of vaccine.

“Vaccine diplomacy isn’t just about sending vaccines and then wiping your hands,” Pagani said. “It’s about asking, how can we support you with this roll-out. What help do you need? How can we make things easier?” Pagani said.