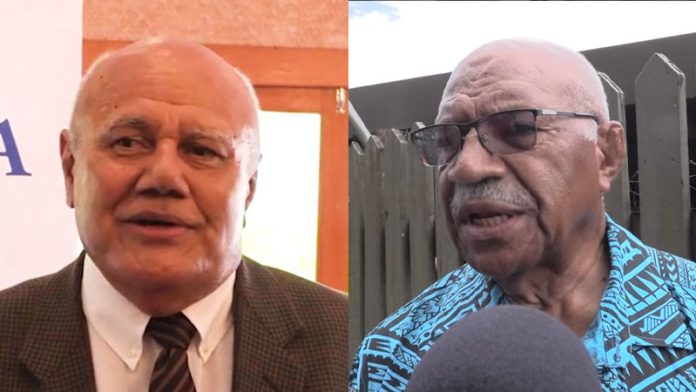 Gavoka’s comment comes after the former Party Leader called on members to play their cards right.

In an interview with FijiLive, Gavoka said Rabuka’s comments are becoming tiresome and he should just move on and leave them alone.

“He brags about his 77,000 votes, but those were Social Democratic Liberal Party votes he took by campaigning against his own team in their constituencies,” he said.

“Ask the heavyweights in Social Democratic Liberal Party on why they lost their seats in 2018 and they will tell you.

“The Social Democratic Liberal Party is well prepared for the upcoming General Election which is expected to happen later in 2022 and we are quite confident about our chances,” he said.

Rabuka had also stated that SODELPA members should be able to decide by now where they stood in the party.

He said party members should be able to know by now whether the current leadership is going to take them through a successful election or not.

“They have seen the developments, their internal bickering and they should be able to decide for themselves whether they would stay with the party or leave,” he said.

“Social Democratic Liberal Party members have had time to assess the leadership within the party and my leadership under the party, now that I’m out.

“They’ll know whether the current leadership is going to take them through a successful election or not and they will have to play their cards right,” he said.

Gavoka said up till now, they still do not know the reason why Rabuka left the party.

Meanwhile, Gavoka claims the party could have won the 2018 General Election if he was leading them then.

Gavoka said in the 2018 General election, the Party was spending too much time defending Sitiveni Rabuka’s baggage and little time on campaigning.

He said SODELPA did not even have a media campaign which is unbelievable as the party is the second biggest political party in the country.

“Quite simply, if I had been Party Leader in 2018, Social Democratic Liberal Party would have won the election and formed Government,” he said.

In another development, Gavoka said he feels opposition whip Lynda Tabuya does not belong to the party as she has not been following directives given by the party executives.

Gavoka said she should take heed of the directives given by President Ratu Epenisa Cakobau.

“The directive from Ratu Epenisa was that all action against myself and the General Secretary Lenaitasi Duru was to cease immediately,” he said.

“In the directive, Ratu Epenisa had advised all Social Democratic Liberal Party members to concentrate on the 2022 general election.

“If she will not follow the directive given by the Social Democratic Liberal Party President then maybe she does not belong with us,” he said.

Tabuya said the goal right now for the management board is to deal with the case of perjury against Gavoka.

She said most of the management board members have signed a petition for Gavoka and Duru to be removed.

“I do not have faith in Viliame Gavoka’s leadership as he does not have any plans on how to win the next general election,” she said.

“The goal right now for the Social Democratic Liberal Party management body is to deal with the allegations of perjury against Gavoka.

“This is the mandate of the management board meeting on Tuesday.”

“If through the investigation, the Party Leader is removed by majority than there will be an issue of who becomes the next leader,” she said.

She said decisions that will be made during the meeting next will have an impact on the Party’s campaign for the 2022 general election.