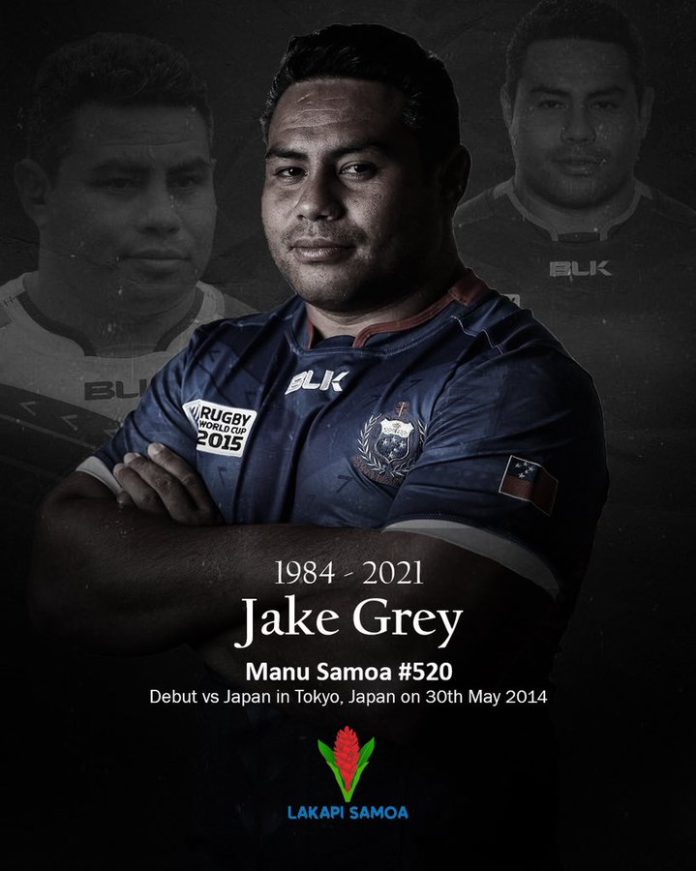 The 37 year-old passed away at Tupua Tamasese Meaole hospital in Apia on Sunday, after a long battle with cancer.

Grey was a product of local rugby development and had played through the ranks of age groups rugby playing Under 20 and Manu Samoa A.

“The Manu Samoa aiga are saddened to hear Jake has lost his battle with cancer and wish to express our deepest condolences and prayers of comfort for his family,” he said.