The U.S delegation to the WCPFC requested that its longline bigeye quota be increased by 3,000 metric tonnes, noting stocks appeared to not be overfished and were not unhealthy, so could withstand an increase in fishing levels.

The proposed increase to the bigeye quota was made during the WCPFC’s 18th annual session, which ended on Tuesday, but the agreement failed to get across the line. Instead, the commission opted to keep the status quo for the next two years.

WCPFC’s negotiations dictate fishing throughout the Pacific, which is home to some of the most valuable global fishing stocks. The commission’s members represent 26 economies, ranging from Japan and China to Fiji and Indonesia.

The Hawaii-based Western Pacific Regional Fishery Management Council (Wespac) has supported raising U.S catch limits for at least six years and was disappointed by the result, according to its executive director Kitty Simonds.

“It’s really sad the U.S wasn’t able to negotiate this with the parties,” Simonds said at Wespac’s meeting on Tuesday. 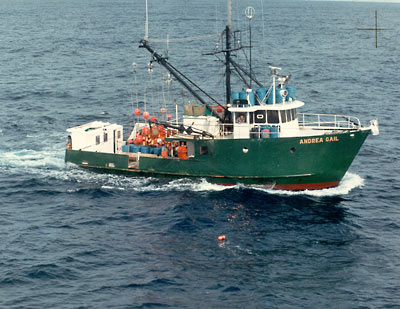 Though the U.S quota is 3,554 tons, Hawaii’s longliners are able to use their relationships with the U.S Pacific island territories to catch more tuna. Paid deals let the Hawaii longline fleet catch up to 3,000 additional tonnes that are allocated to American Samoa, Guam or the Commonwealth of the Northern Mariana Islands through specified fishing agreements, with a 1,500-ton limit for each.

Agreements are typically used toward the middle or end of the year after the initial quota is filled. Hawaii longliners reached 99 percent of their limit by August of this year and are currently fishing under an agreement with CNMI. The National Marine Fisheries Service estimates they will catch an additional 1,304 tons through that deal.

“The issue is that the fishery shouldn’t be completely reliant on those territorial agreements to fill its demand,” said Mark Fitchett, a pelagic fisheries ecosystem scientist for Wespac.

Fitchett pointed to the charter arrangements other countries had with other nations, such as China, Taiwan and South Korea, which performed a similar function.

“The only catch is that (our) agreements are specified for fishery and conservation projects in the territories,” Fitchett said.

In the past, Hawaii longliners have paid $250,000 per additional 1,000 tonnes of bigeye quota through an agreement with a territory’s governor. The money goes into the Sustainable Fisheries Fund to be used on fisheries development projects in the territories.

Even with the supplemental catch, Fitchett said the recent failure to expand quotas flew in the face of the commission’s own scientific committee’s research.

“The committee suggested that the stock could essentially allow for increased harvests,” said Fitchett, which would be optimized by catch reductions south of 10 degrees north of the equator. “That’s where we’re frustrated here. The United States was asking for a modest increase.”

Bigeye stocks in the tropical regions further west were of most concern and the entire stock’s health — the stock’s biomass, age, spawning behaviour, for example — was “buffered” by other regions, one of which is where Hawaii longliners work.

Fitchett said the way the data was used favoured purse seine fisheries, noting that at the same meeting Japan managed to increase its catch limit for bluefin tuna by 15% after stocks showed some recovery.

“The inconsistency of how scientific information is used is essentially masqueraded as politics,” he said.

U.S delegation member Mike Tosatto said the session was the result of a series of workshops and consultations with other WCPFC member countries.

“While the effort did not accomplish a significant revision to the WCPFC measures as envisioned by the U.S delegation, a new two-year measure was adopted,” Tosatto said in an email.

Tosatto, also a regional administrator for the National Oceanic and Atmospheric Administration, added that the U.S would continue working with other members to improve tuna fisheries management and conservation in coming years.

Pew and The Ocean Foundation supported several U.S proposals at WCPFC — including a blanket five percent increase in the number of observers on longline vessels to 10 percent and measures to protect shark populations — and was not opposed to an increase in bigeye catch. Hawaii’s longline fleet already has 20 percent% observer coverage when it targets tuna.

Pew international fisheries officer Glen Holmes suspects that observer coverage would have been a package deal with the increase in bigeye quotas.

“Countries that wanted more catch would have supported the increased observer coverage if they got more catch,” Holmes said. “The results that came out at the end of the meeting was that everything is pretty much the same as it was.”

But negotiations were held behind closed doors, leaving the observer organisations in the dark about what was actually being negotiated.

Government to operate until return of writs on 29 July, says...

Five things we learned about China’s ambitions for the Pacific from...