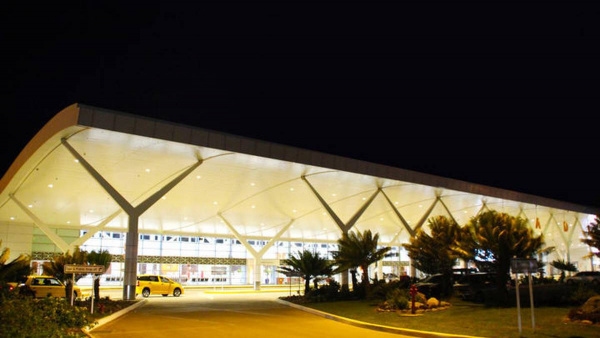 Two Fijian citizens who had travelled back into Fiji from Nigeria on 25 November have tested positive of the Omicron variant.

This was confirmed by the Ministry of Health and Medical Services permanent secretary, Dr James Fong who says last week travellers who had arrived from an African state and were undergoing quarantine in a border quarantine facility had tested positive for COVID-19.

Dr Fong said their samples had been sent to the reference laboratory in Australia for urgent genomic sequencing and the results for the two travellers have been received and are confirmed positive for the Omicron variant.

“The two travellers are Fijian citizens who had travelled back into Fiji from Nigeria, arriving on Fiji Airways flight FJ1392 from Hong Kong on November 25th – the day the discovery of the Omicron variant was announced internationally,” Dr Fong said.

“Both travellers tested negative for COVID-19 before departure from Fiji and before they left Nigeria,” he said.

“They entered a government-designated border quarantine facility immediately upon arrival into Fiji, tested positive while in quarantine, currently have no symptoms, and were fully vaccinated.

“With the exception of four passengers, all those on the flight were from non-travel partner countries, and therefore entered a border quarantine facility upon arrival to undergo the full quarantine protocol of 10 days.

“That has since been extended to 14 days.

“The four passengers on the flight who were from a travel partner country have tested negative.

“The Fiji Airways crew and accompanying passengers from Fiji 1392 have tested negative at least twice,” he said

The airline said it had strict protocols which forced all staff to undergo swabs before and after international flights.

“However, given this new threat our staff will undergo PCR testing as a precautionary measure.”

Meanwhile, Fiji has recorded 19 cases of COVID-19 since the last update.

“There has been a total of 697 deaths due to COVID-19 in Fiji, with 695 of these deaths during the outbreak that started in April this year,” Dr Fong said.

“Please note that due to the time required by clinical teams to investigate, classify and report deaths, a four-day interval is given to calculate the seven days rolling average of deaths, based on the date of death, to help ensure the data collected is complete before the average is reported,” he said.

“Therefore, as of 02 December, the national seven days rolling average for COVID-19 deaths per day is 0.0, with a case fatality rate of 1.32 per cent.

“We have recorded 609 COVID-19 positive patients who died from serious medical conditions they had before they contracted COVID-19; these are not classified as COVID-19 deaths,” he said.