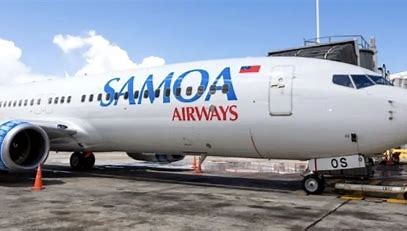 The Government of Samoa intends to rescind the lease over a Samoa Airways Boeing 737-800 aircraft and also launch a full audit of the national airline’s operations including its financial viability.

Prime Minister Fiame Naomi Mata’afa in her weekly press conference with the media said the decision was not straight forward and Cabinet had to consider all aspects of the complex issues identified.

Mata’afa reiterated the situation with the national airline has been a major topic of concern for her Cabinet since it took over office in late July 2021.

“It has been some time now, however, it was important to gather all relevant facts and reports for the information of Cabinet.”

The decision follows a report by a special sub-committee of Cabinet, chaired by the airline’s minister, Leatinuu Faumuina Wayne Fong. “Based on this committee’s report, Cabinet has decided to rescind the lease contract, meaning we will not be getting the aircraft,” said Mata’afa.

The Prime Minister said a special independent group led by Minister Leatinuu will now enter into important negotiations and discussions with the leasing company, on ways for Samoa to be released from the lease agreement. It is not yet clear what the cost of rescinding the contract would be to Samoa.

The Prime Minister also announced a Cabinet decision to conduct a full audit of Samoa Airways.

“We will be conducting an audit of Samoa Airways, in terms of income received, its current debts, and the feasibility of the company into the future,” said the Prime Minister.

Mata’afa acknowledged the importance of access to international flights for the people of Samoa and said talks would be held with neighbouring airlines such as Air New Zealand, Qantas, Fiji Airways, and others, to ensure continued services are available to Samoa.

Last month, the Minister responsible for Aviation, Olo Fiti Vaai said the Samoa Airways Boeing 737-800 aircraft currently in Brisbane to undergo technical tests, had not yet completed two of the three tasks required to safely operate as a commercial carrier.

At the time, Olo said the aircraft hadn’t been tested for compliance with International Civil Aviation Organisation (ICAO) Standards and Recommended Practices (SARPs).

“The technical checks for two of the most important certifications for the airline, which are the Certificate of Airworthiness (CofA) and the Air Operator Certificate (AOC), are still underway.

“I will not allow this aircraft to operate before the technical checks are completed and fully compliant with Samoa’s legislated safety and security requirements applicable to being a B737-800 airline operator,” said Samoa’s Aviation Minister at the time….