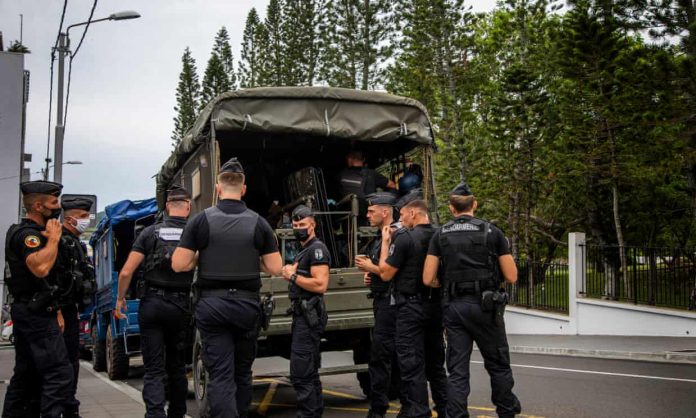 With the growing possibility of a pro-independence victory, France is derailing decolonisation in a bid to shore up its position in the Indo-Pacific

The French government’s decision to hold New Caledonia’s self-determination referendum on 12 December, despite the resolve of pro-independence parties not to participate, is a reckless political gambit with potentially dire consequences.

The referendum will be the third and final consultation held under the 1998 Noumea accord – successor to the Matignon accords which ended instability and violence between the Kanak independence movement and local “loyalists” and the French state in 1988. By organising this month’s referendum without the participation of the Indigenous Kanak people, who overwhelmingly support independence, France is undermining the innovative and peaceful decolonisation process of the last 30 years, founded on French state neutrality and seeking consensus between opposing local political parties.

One reason for the pro-independence request to postpone the referendum until late 2022 is concern that the April 2022 French presidential elections will result in national political interference. In 2019, the French government and New Caledonia’s political parties agreed that the referendum should not take place in close proximity to the presidential elections for this reason. In June 2021, the government broke this agreement and unilaterally fixed the referendum date. While within France’s power, this runs counter to the consensual foundation of the Noumea accord.

A key factor influencing Emmanuel Macron’s shift away from neutrality is the growing possibility of a pro-independence victory. “Loyalist” voters won the two previous referendums in 2018 and 2020, but the vote for independence grew from 43.3% to 46.7%. The pool of previously abstaining and newly enrolled pro-independence voters means that the prospect of independence is now more real than ever.

Added to this is France’s weakened strategic position in the Indo-Pacific following the announcement of the Aukus alliance and Australia’s withdrawal from its submarine deal with France. New Caledonian independence ostensibly threatens to further diminish France’s position in the region.

To scuttle the decolonisation process, however, would not only be reactionary, but also short-sighted. Pro-independence parties advocate a close association, partnership or “interdependent” relationship with France in the event of independence. There is little to suggest that France could not preserve its strategic interests with an independent New Caledonia.

Another interrelated factor is Macron’s electoral calculus in the lead up to the presidential elections. Macron’s primary opponents are predicted to be from France’s far right, an electorate overwhelmingly in favour of keeping New Caledonia French.

The dangerous political game being played by Macron in relation to New Caledonia recalls decisions made by French leaders in the 1980s which disregarded pro-independence opposition, instrumentalised New Caledonia’s future in the national political arena, and resulted in some of the bloodiest exchanges of that time.

The main reason that pro-independence parties and the Kanak Customary Senate wish to postpone the referendum is the devastating local impact of the Covid-19 pandemic since September 2021. With Kanak communities in customary mourning, effective campaigning cannot take place. In citing an improving health situation as the basis for its decision to maintain the referendum date, France has shown a lack of understanding and respect that goes against another foundational element of the Noumea accord: the recognition of Kanak identity and custom.

With the likely abstention of most pro-independence voters, the victory of the “loyalist” vote against independence is a foregone conclusion. The legal validity of the referendum is unlikely be open to challenge under French law. Nevertheless, without the participation of the pro-independence electorate, the legitimacy of the outcome is undermined.

At the international level, in light of this outcome and the continued assertion by Kanak of their right to self-determination, New Caledonia will likely remain on the UN Special Committee on Decolonization’s list of Non-Self-Governing Territories. France will again be a colonial power feeding instability in New Caledonia and the Indo-Pacific through its unwillingness to peacefully decolonise.

At the local level, following the referendum, the French government has fixed a transition period of 18 months during which it intends to engage with pro- and anti-independence parties to prepare a new “consensual project” for New Caledonia. However, effective dialogue will be difficult if not impossible to establish given the inevitable gridlock over the legitimacy of the referendum and the broken trust between Kanak and the state.

France’s departure from neutrality and the consensual approach which has maintained peace for three decades’ risks reigniting the violence that engulfed New Caledonia in the 1980s. As at that time, the threat of violence today comes from both pro- and anti-independence supporters.

The Noumea accord was enshrined within France’s constitution to protect it from the vagaries of national politics. These appear nevertheless to have caught up with it in its final hour. New Caledonia is on the brink of a volatile socio-political crisis, with no discernible resolution in sight.

More of the same is not the answer to building influence...