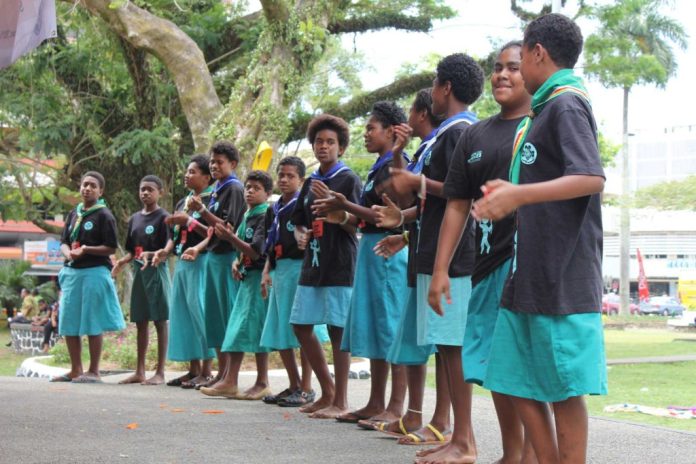 During natural disasters and emergencies, women and girls are more at risk of experiencing violence, exploitation and abuse. Simultaneously, emergencies weaken national systems, including health and legal systems, and community and social support networks.

This breakdown of systems can reduce access to health services, including sexual and reproductive health services, and legal services, leading to an environment of impunity in which perpetrators are not held to account.

Research shows that in Fiji, in the aftermath of the 2012 floods, some women and girls who lacked access to food, were offering sex in exchange for food as a coping mechanism.
After the repatriation following the eruption in 2017 in South Ambae, reports indicated an increase in domestic violence and child abuse.

Increased rates of sexual and gender-based violence, including rape, were also reported in the Solomon Islands after the Gizo tsunami in 2007.

The Pacific region is particularly vulnerable to natural disasters, including cyclones, tsunamis, and earthquakes. Tropical Cyclone Winston left 44 dead and 40,000 people requiring immediate assistance in Fiji alone. More recently, in Vanuatu, TC Harold affected over half the population, while the total damage in Tonga was estimated to be in excess of US$111 million.

The Pacific region also holds some of the highest records of gender-based violence in the world.

Unless we take adequate measures now, our region can easily become the epicentre of a systematic human catastrophe.

The 16 Days of Activism against Gender-Based Violence Campaign is a reminder that we can never lower our guard. Gender-based violence is present in all human activity, including emergency response.

At COP 26, all Pacific leaders raised a red flag to press for action against the climate crisis, which disproportionately affects small island developing states, their communities, and their women and girls.

Gender-responsive disaster risk reduction is no longer an option – it is a quintessential approach to dealing with our everyday realities.

GBV has significant and long-lasting impacts on health, and the psychosocial and economic well-being of women and girls, their families and communities.

States hold the primary responsibility, and must take action, to protect their citizens. In emergencies, mandated UN agencies act to support national authorities to meet their responsibilities to provide protection and humanitarian assistance to affected populations.

Strengthening national systems through engaging national partners and local organisations is an integral part of UN work to sustain an effective GBV response, particularly during emergencies.
As recognised in international response protocols, GBV programming, especially during emergencies, is not a “nice-to-have”, it is life-saving. It can make the difference between life and death for survivors of sexual violence and physical assaults.

We are at a crossroads – with natural disasters on the rise, we simply cannot afford to have violence against women rise at the same pace. The Pacific community has the means, knowledge, commitment and international support to reverse this trend. The onus is on us, now is the time to unite and act to end GBV.

Remarkable progress has been made in recent years. For example, the Pacific Humanitarian GBV Sub Cluster Working Group is building a community of practice convening NGOs, UN agencies, donors, and experts, to share experience in GBV in emergencies and to strengthen governance and coordination to support disaster preparedness and response.

Disaster preparedness made headway at the national level with the development and update of national service delivery protocols in Samoa, Tonga, and The Republic of the Marshall Islands (RMI), Fiji, Kiribati, Vanuatu and Solomon Islands, or the development and update of clinical management of GBV protocols during emergencies in Fiji, Solomons Island, of RMI, Samoa, Tonga, Vanuatu and the Federated States of Micronesia, with Pohnpei State and Yap State currently being finalised.

Any meaningful national and international effort aiming to address climate change and emergency response must recognise the critical role of integrating gender considerations and analysis, and advocate for equitable participation of men and women in planning and implementation of resilience-building activities.

The time to act is now. To respond to emergencies and address the climate crisis, we need strong and healthy women and men, girls and boys in all their diversities to unite and work together to find solutions. We cannot afford to leave anyone behind.