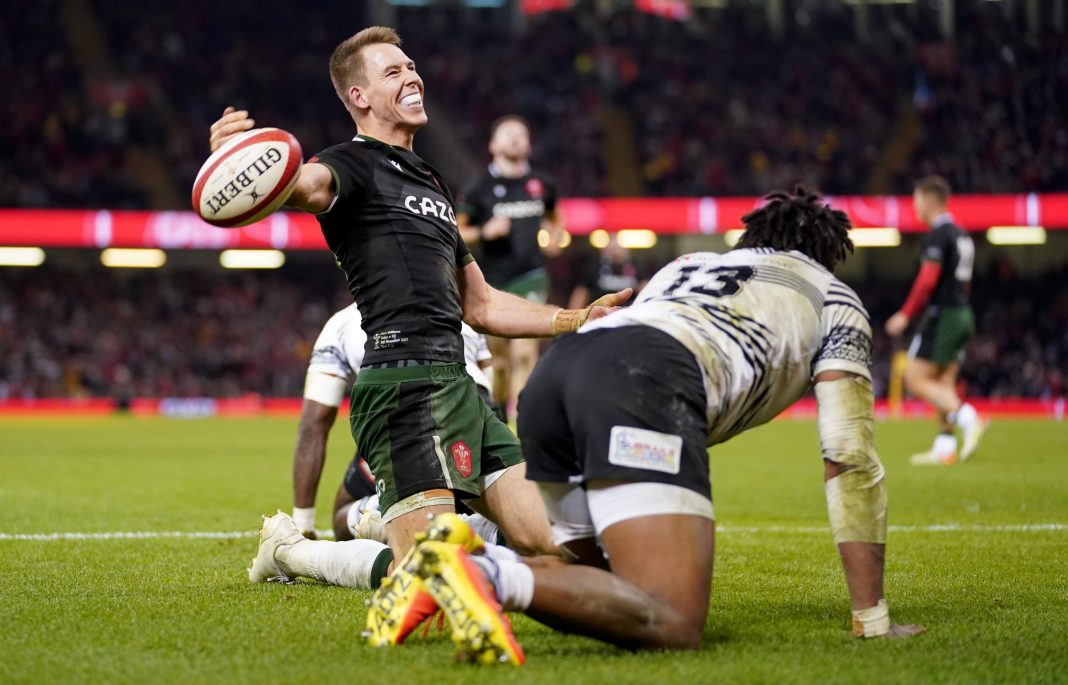 It was a great effort displayed by the Vodafone Flying Fijians despite going down 38-23 against Wales in their second Northern Tour test match at the Principality Stadium in Cardiff this morning.

The Flying Fijians kicked off the match on a high note. Four minutes into the game and Captain Waisea Nayacalevu got the opening try for the national team and fly-half Ben Volavola added the extra two points. Three minutes later Volavola slotted an easy penalty and Fiji took a 10-nil lead.

After a number of attempts, Wales managed to scoop through for their first try which formulated from a line-out and an excellent rolling maul which saw Ryan Elias dot down for the home side.

While Volavola proved perfect off the tee adding another 3 points, winger Eroni Sau was shown the red card in the 25th minute after making contact with the head of Johnny Williams in a tackle. 12 minutes later, Flying Fijians were cut to 13 men after Albert Tuisue was sent to sinbin. Wales took advantage of it as Kieran Hardy dashed over for a try. The home side took a close 14-13 lead at the break.

In the second spell, Volavola extended Flying Fijians lead by adding another 3 points from his boots. Wales made a number of changes and added the fresh legs in order to speed up the game. But out of nowhere, Flying Fijians showed them why they are dangerous with ball in hand after a quick play from full Setareki Tuicuvu in his own half saw skipper Nayacalevu run in for his second try.

Flying Fijian replacement prop Eroni Mawi was sent to the naughty chair in the 62nd minute while Wales reduced their arrears with a try from Elias. The home side then added three more tries as they sealed the match in style.

Pacific launches innovative call to action for a 1.5 degree world