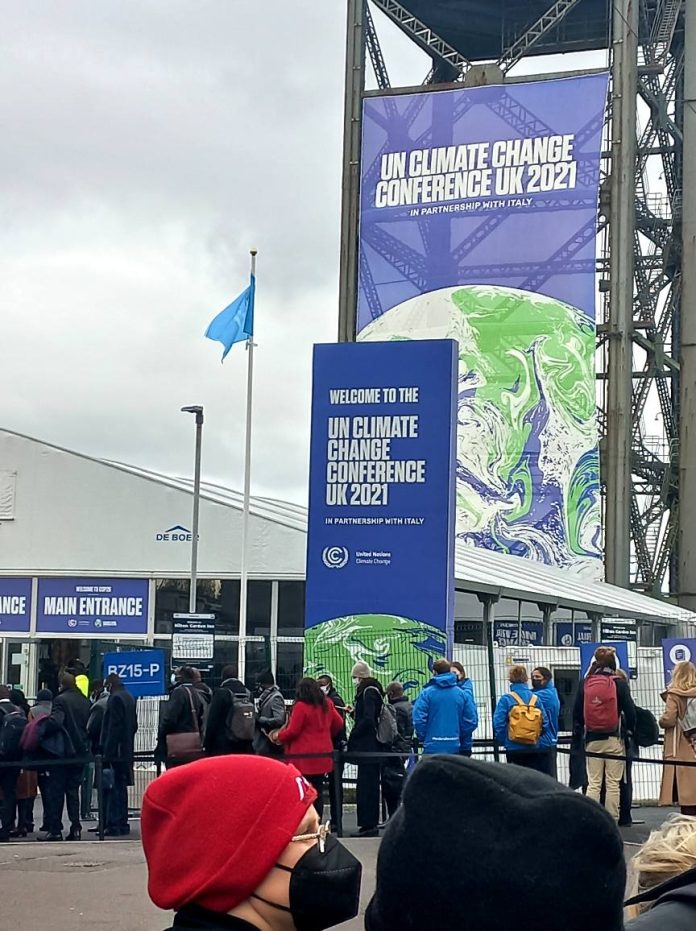 “The science is clear. We know what to do.

“First, we must keep the goal of 1.5 degrees Celsius alive.

He said G20 countries have a particular responsibility as they represent around 80 percent of emissions.

“According to the principle of common but differentiated responsibilities in light of national circumstances, developed countries must lead the effort.

“But emerging economies, too, must go the extra mile, as their contribution is essential for the effective reduction of emissions.

“We need maximum ambition – from all countries on all fronts – to make Glasgow a success,” he said.

Gutteres also urged developed countries and emerging economies to build coalitions to create the financial and technological conditions to accelerate the decarbonisation of the economy as well as the phase out of coal.

“Let’s have no illusions: if commitments fall short by the end of this COP, countries must revisit their national climate plans and policies. Not every five years. Every year.

“Until keeping to 1.5 degrees is assured. Until subsidies to fossil fuels end. Until there is a price on carbon. And until coal is phased out. But we also need greater clarity.

“There is a deficit of credibility and a surplus of confusion over emissions reductions and net zero targets, with different meanings and different metrics”, he said.

Gutteres also announced the establishment of a Group of Experts to propose clear standards to measure and analyse net zero commitments from non-State actors.

“That is why – beyond the mechanisms already established in the Paris Agreement – I am announcing today that I will establish a Group of Experts to propose clear standards to measure and analyse net zero commitments from non-state actors.

“Second, we must do more to protect vulnerable communities from the clear and present dangers of climate change.

“Third, this COP must be a moment of solidarity.

He said that the effects of a warming planet were being felt “from the ocean depths to the mountaintops.”

“Sea level rise has doubled from 30 years ago,” he said. Oceans are hotter than ever, parts of the Amazon rain forest emit more carbon than they absorb, and in the last decade about four billion people were affected by events related to the changing climate.

“Enough of burning and drilling and mining our way deeper. “We are digging our own graves,” Guterres said.

UK’s Prime Minister Boris Johnson also made a comparison between the climate crisis and a doomsday device that featured in one of the James Bond movies.

“We need to make this COP26 the moment we get real about climate change. We can get real.

“COP26 will not, and cannot be, the end of the story of climate change,” PM Johnson said.

He also emphasised that the work will not end, even if the conference finishes with the needed commitments.

U.S President Joe Biden in a speech at the summit said climate change is already ravaging the world.

He said this was also a moment of opportunity to reshape the way humans live in better harmony with nature.

“We are standing at an inflection point in world history,” he said, calling climate change an “existential threat to human existence as we know it.”

“None of us can escape the worst that is yet to come if we fail to seize this moment,” said President Biden.

COP26 people’s advocate David Attenborough also called on world leaders to work together to save the planet.

“We are, after all, the greatest problem-solvers to have ever existed on Earth. We now understand this problem, we know how to stop the number rising, and put it in reverse.

We must halve carbon emissions this decade. We must recapture billions of tonnes of carbon from the air. We must fix our sights on keeping 1.5 degrees within reach,” said Attenborough.

“I don’t need to remind you of the reality of vulnerable communities. If you are here today, you know what climate change is doing to us. You don’t need my pain or my tears to know that we’re in a crisis.

The real question is whether you have the political will to do the right thing. To wield the right words and to follow it up with long-overdue action,” Fruen told world leaders.

The conference’s aim is to prevent the average global temperature from rising more than 1.5 degrees Celsius compared with levels before the Industrial revolution.