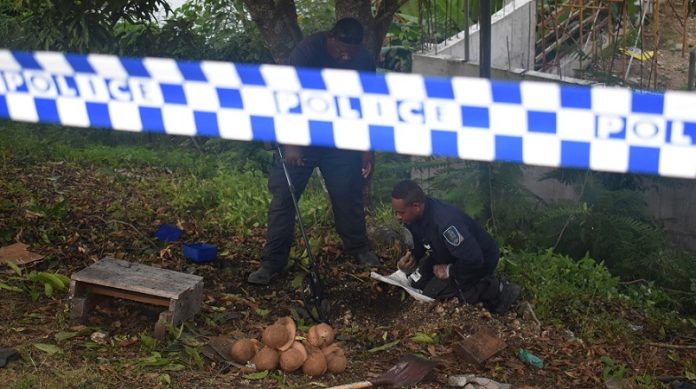 A deadly bomb blast at LDA area, Upper Betikama in east Honiara in Solomon Islands has killed two people, a father and his son who is a grade five student.

The father died during the blast at around 7pm last night and his son two hours later at the National Referral Hospital in Honiara.

The wife of the deceased and another son, a form 3 student also sustained serious injuries from the blast and are fighting for their lives at the hospital.

The blast has also caused total deafness on two other men who are also currently seeking medical attention at the hospital, SIBC News was reliably informed by a resident at the blast site who is also at the Hospital’s Emergency department.

The family members were sitting by a fire beside their house, telling stories when the bomb suddenly exploded from beneath the fire and killed the father on the spot.

The others managed to crawl out with the little strength they have, after the blast, our source said.

“We were returning from town and were some distance away from the blast site when suddenly the bomb exploded. It shook the ground heavily and we were trembling with fear.

“We could hear nothing as the blast was so loud, although we were some distance far away,” the LDA resident told SIBC News.

He said Police were rushed to the scene and cordoned off the blast site. The father was transported to the hospital by St John Ambulance while the deceased child was rushed in by a car.

The family is from Guadalcanal Province.

The bombs were remnants of the World War II which remained in Guadalcanal after the war more than 70 years ago.