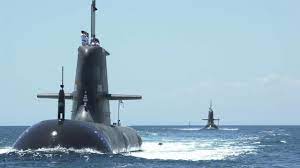 Australia needs to be put on notice by Pacific Islands Forum (PIF) leaders for abandoning its commitments under the South Pacific’s nuclear free accord, the Treaty of Rarotonga, by signing up to the controversial security pact, AUKUS.

The deal by the Australian, the United Kingdom, and the United States Governments is “highly problematic” and “heightens risks for nuclear proliferation” in the region, Pacific Network on Globalisation (PANG) Coordinator, Maureen Penjueli says.

“Security and defence pacts today are about the Pacific Ocean – which is our home – but it has never been with Pacific people, let alone our governments,” Penjueli said.

AUKUS is promoted as a trilateral partnership between the three allies to enable Australia to boost its military capacity by acquiring nuclear-powered submarines for its navy.

Australia, however, is a key part of PIF and also a party to the Rarotonga Treaty, the region’s principal nuclear non-proliferation and disarmament agreement. The accord legally binds member states “not to manufacture, possess, acquire or have control of nuclear weapons (Article 3)”, as well as “to prevent nuclear testing in their territories (Article 6)”. The treaty further places an emphasis on keeping the region free from radioactive wastes.

Penjueli said that Pacific people have had first-hand experience of the threats of nuclear weapons testing, and continue to live with the side-effects of historical nuclear catastrophes to this day.

“We see AUKUS as just one in a long list of nuclear threats and issues that the region as a whole has been confronted with,” she said.

“We see Australia playing a key, often unilateral role, taking decisions around peace and security which is not aligned with Pacific peoples’ immediate priorities around security, in particular human security. AUKUS raises serious concerns over Australia’s intentions for its island neighbours.”

Pacific Island governments and civil society have been at the forefront in advocating for a nuclear free and independent Pacific. They have expressed strong opposition to AUKUS since it was announced in September, which experts say undermines regional solidarity on the issue of a nuclear free Pacific.

Dr Greg Fry, Australia Foreign Policy expert, said that the more immediate threat to the South Pacific nuclear-free zone lies not in the nuclear submarines, which are not due until 2040 and beyond, “but in the fundamental shift in Australian-U.S defence arrangements which were announced alongside AUKUS.”

According to Dr Fry, these arrangements include the possible home-basing of American submarines, surface vessels, and bombers, in Australia, as well stockpiling of munitions.

Dr Fry said Australia’s assurances that the nuclear reactors powering the submarines would not be in danger of accidently releasing radioactive material into the Pacific Ocean needs to be examined against the history of accidents involving nuclear submarines.

“There has already been a serious accident in the Pacific. In 2005, U.S nuclear attack submarine, USS San Francisco, ran into a sea mount near the Caroline islands in the Federated States of Micronesia. Although the nuclear reactor was undamaged, it was reported as ‘remarkable’ that it was not given the extensive damage to the submarine.

Aside from the obvious nuclear concerns, the partnership is also widely noted to be an effort by the Australia-UK-U.S governments to counter the growing influence of China in the Pacific.

“It [AUKUS] also means Australia is even more fully integrated with U.S forces in a new cold war with China right now,” said Dr Fry, adding “this is a major shift in policy from one where we pretended we were friends to both China and U.S.”

But several Pacific countries have had long diplomatic relations with China and the Asian superpower is not considered as a problem, according to Penjueli.

“Our countries have taken much more nuanced policies with China. It is time that Australia is put on notice at the Forum. It is clearly part of our neighbourhood but it is acting outside of the norms of Pacific Islands Forum.”

She further highlighted that while AUKUS has taken the limelight, it was not the only cause for nuclear anxiety for the region.

The revelation by a Japanese utility company about plans to release nuclear waste from the Fukushima nuclear power plant – one of the world’s worst atomic disasters – into the Pacific Ocean has also set the alarm bells ringing.

“Japan is also a partner to the Forum and the announcement has infuriated regional governments and activist groups,” Penjueli said.

“The Pacific Ocean is not a dumping ground for nuclear materials nor is it a highway for nuclear submarines,” Penjueli said.