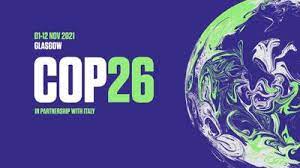 The Vanuatu Government will not be sending delegates to this year’s UN Climate Change Conference (COP26) starting soon in Scotland, due to COVID-19.

The National Advisory Board (NAB) on Climate Change and Disaster Risk Reduction has decided that delegates refrain from travel abroad to attend the global climate summit, Acting Manager of the NAB Secretariat, Florence Iautu, said.

The Vanuatu Government will be physically represented by its Ambassador in Geneva, Sumbe Antas and a representative from the Vanuatu Embassy in Brussels, she conveyed.

Despite that the delegates will not be present in-person to attend the meetings and negotiations, the NAB Secretariat’s Acting Manager said. Preparations are being done for Vanuatu to join discussions virtually.

COP meetings are held every year and attended by representatives from almost all nations around the world to discuss the Paris Agreement Implementation, which is to halt global warming at 1.5 degree Celsius.

Vanuatu has been sending delegates to COP events every year, to participate in high-level meetings and side events on topics that matter to Vanuatu in relation to climate change and its impacts.

Climate change mitigation, adaptation which include loss and damage, climate finance, gender and transparency are key topics of discussion and negotiations that Vanuatu participates at COP events.

This year’s COP, which will be held from November 1 to 12, will not be the same. Vanuatu is not the only country facing difficulty to attend COVID-19. Some countries would be reducing their number of delegates.

Usually, COP events are preceded by a preparatory meeting before the actual meeting at the international level. Nationally, Vanuatu will be hosting a Pre-COP High Level Session on Monday next week.

Iautu said the event will be an opportunity for the delegates shape negotiations ahead of the COP26. Vanuatu’s position will be made clear at this meeting.

Prime Minister, Bob Loughman, and the Minister for Climate Change, Bruno Leingkon will both be delivering statements, as part of the high-level ministerial segment.

Secretary General for the Commonwealth, Baroness Patricia Scotland, will also make a statement and the British High Commissioner to Vanuatu, Karen Bell, will speak on the expectations for outcomes of the COP26.

Invitations have been sent to government officials to attend the event..