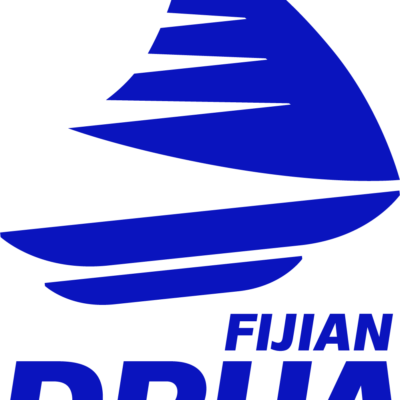 The brand identity features the stylised version of the iconic drua, the renowned and powerful traditional Fijian sea vessel. The brandmark connects the franchise to its roots and symbolises the journey the Fijian Drua has embarked on – a journey powered by the heart and spirit of the Fijian people.

Interim Fijian Drua CEO Brian Thorburn said: “Hundreds of years ago, the drua was an unstoppable vessel transporting warriors on the world’s mightiest ocean. Strong and extremely fast, it ruled the South Seas. This is exactly the images, feelings, and emotions that our brand is designed to evoke. It is befitting as a name and an identity for our Fijian Drua Super Rugby franchise – featuring players who are warriors on the rugby field, playing fast, powerful and fearless rugby against some of the best in the world. Alongside the stylised version of our logo, the ‘FIJIAN DRUA’ wordmark will also feature strongly, tying us inextricably to our home.”

The brandmark and associated core colours in the logo suite – of royal blue, teal, aqua teal and white – reflect the strong and vibrant nature of the Fijian Drua as an exciting, fearless sports organisation.

He added: “This is the first time in the long storied history of Fijian rugby that a professional Fijian side will play in a regular competition, week in, week out. We are honoured and privileged to be entrusted with this huge responsibility.”

“We are at starting point of our journey, one that has been 25 years in the making since the beginning of Super Rugby. The Fijian Drua represent the aspirations of Fijians at home and around the world and we are proud today to share our new identity which pays homage to our origins.”
The new brand identity, including a range of similarly designed stylised icons and patterns will feature prominently across the entire range of on-field and off-field wear for the Fijian Drua, as well as on a number of exciting merchandise items. All of these will be available for fans and supporters in the coming months.

Thorburn stated: “As we respectfully bid farewell to the former NRC Drua logo, we invite fans from Fiji and around the world to be part of the Fijian Drua journey on social media. Our website will be up shortly, and will feature all announcements, developments, player and coach profiles as well as membership sign-ups.”

The brand identity was launched via a video produced by local Fijian production house Zoomfiji.

These channels and platforms will be launched in the coming weeks.