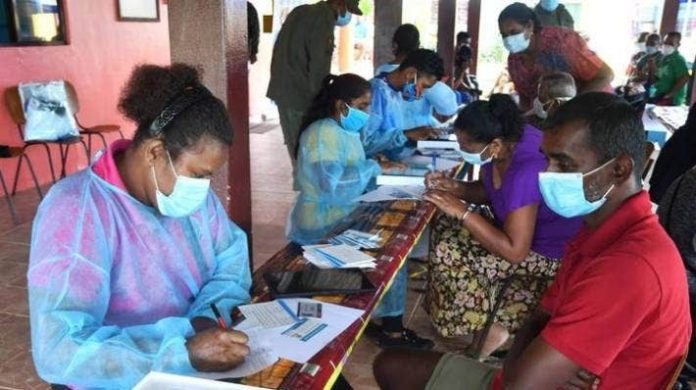 Another 39 new cases have been recorded for the 19th of October.

He said the central division cases constitute 71 percent of the cumulative total cases nationally, with the western division making up 27 percent and 2 percent in the northern and eastern divisions.

Dr Fong said the peak weekly incidence in the western division is approximately a third of that in the central division, and the cumulative case numbers are also reflecting a similar difference.

He said this curve depicts the weekly death rate per 1000 population by divisions since the second wave of this outbreak began in April 2021.

He said overall the death rate graphs for the Central and Western Divisions indicate a declining trend.

There have been 663 deaths due to COVID-19 in Fiji, with 661 of these deaths during the outbreak that started in April this year.

The Health Ministry has recorded 547 COVID-19 positive patients who died from serious medical conditions they had before they contracted COVID-19.

However, these are not classified as COVID-19 deaths.

Meanwhile, the confidence in the vaccine allowed Fiji to strike a balance between health and the economy.

Some criticised the decision of not imposing a lockdown, however, Prime Minister Voreqe Bainimarama said he will always stand by his Government’s decision, which has now prevailed over other alternate views.

Speaking during Radio Fiji One’s Nai Lalakai programme, Bainimarama highlighted the government recognised that both health and the economy matter and they valued the physical and mental wellbeing.

Bainimarama said getting the balance right was central to successfully navigating the pandemic.

He said economic decisions are often forward-looking and are based on expectations of what the future will bring.

He highlighted he government acted decisively to secure a better tomorrow for the country.

Bainimarama said ensuring that infections remain under control, can improve the chances that they will be manageable in the future.

He states this not only ensures better health outcomes, but also makes economic sense because a functioning economy relies on the pandemic being under control.

The PM said vaccination was, and remains, the key.