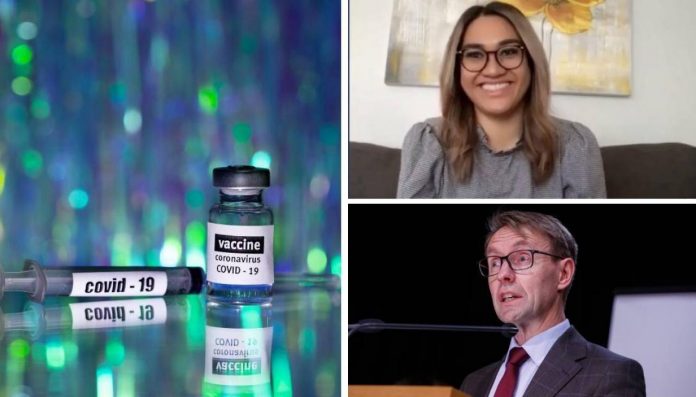 A group of experts are imploring the Pacific community to take inspiration from how Fiji has dealt with COVID-19 and increase their vaccination rates.

Currently the Pacific community is slightly lagging behind the New Zealand statistics for vaccination rates with 77 percent of the eligible Pacific population having received their first dose and 53 percent fully vaccinated.

So far, 82.7 percent of eligible Kiwis (12-plus) have had their first jab, and 59.3 percent their second with the elderly and Asian populations leading the way.

The Ministry of Health ran a live chat with a group of experts to answer New Zealanders questions about the COVID-19 vaccine ahead of the Super Saturday ‘Vaxathon’, which was stream live.

Dr Prescott urged her Pacific community to trust the vaccine, which studies – and worldwide experience – have shown to be safe and highly effective at preventing serious illness and death, and to look abroad to their Fijian neighbours for inspiration.

“The biggest concern with our community is you have to see it to believe it,” said Dr Prescott. “It’s evident with what we are seeing in the stats, with our Pasifika community you can see our vaccination rates are slowly rising and that’s great.

“Interestingly going into specific ethnic groups in New Zealand, our Fijian brothers and sisters lead the way with 90 percent having received their first dose with 71 percent fully vaccinated. I think it’s important for us as a pacific community to look back and see what has happened in Fiji. I think a lot of people have forgotten.

“The number of people that suffered from COVID-19 [in Fiji] was over 51,000 cases and they also had a young baby as young as two and a half months who died from COVID-19 and 663 deaths. We can see now that 97 percent of their [Fiji] population [aged 18-plus] have received their first dose and the rates of the virus have reduced significantly.

“That’s a perfect example of our own people doing really well after being vaccinated and I think it’s a matter of our people seeing that, and I know that a lot of the community have a lot of fear and they have to be able to see that their own family members get vaccinated first.”

Dr Bloomfield reiterated the message and gave the community a message of hope, as they’ve been severely affected by the Delta variant of the virus.

In this outbreak, Māori or Pasifika patients make up about 80 percent of hospitalised patients and 75 percent of cases.

“Only about 40 percent of the cases are fully vaccinated and only three or four in hospital are fully vaccinated,” Bloomfield says. “So here is the hopeful thing, the vaccine protects you from getting seriously unwell and ending up in hospital. If there is ever a good reason and it’s from our own communities in south Auckland and Manukau that’s the reason why people should get vaccinated because it’s the ticket to stop you going to hospital.

The Director-General of Health provided an update on the upcoming booster shot as people that were vaccinated first in New Zealand reach the six-month point where the some research has suggested immunity starts to wane.

“I know there is a lot of interest in the booster shot,” he says. “There are two things I want to say here, the first thing is the best way to protect everybody including those who are already fully vaccinated and have been fully vaccinated for more than six months is to get two doses into as many people as possible.

“On the science on boosters, there does appear to be some waning immunity over time – we are watching that evidence and we are preparing to roll out a booster program from later this year – but first we need Pfizer to ask for approval of the third dose of the vaccine, and that will be coming through in the next few weeks.

“And then once we get that and advice from our technical advisory group, we will be ready to start offering booster shots to those who got vaccinated first.”