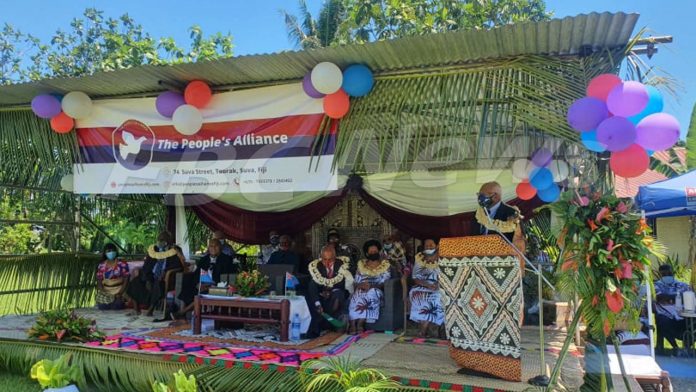 People’s Alliance Party Leader Sitiveni Rabuka has promised to promote, protect and defend the civil, political and religious rights of all communities.

Speaking at the launch of the party in Nawaka Nadi today, Rabuka says 32 percent of Fiji’s population comprises of Indo-Fijians.

Rabuka said his dedication to their interests will be no less than to the rights and aspirations of the indigenous people of Fiji.

“I’ll give you an overview of our main objectives as laid out in that constitution. We’ll contest parliamentary elections with candidates who put the welfare and prosperity of the common people above personal selfish interests.”

He said that he is also aware of 1987 and how his actions then, still resonate in society.

The former Prime Minister in the SVT government said his perspectives and attitudes have changed and he believes in inclusivity.