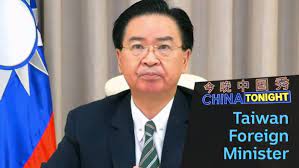 An Australian security expert says the Pacific would be at “at real risk” if military conflict did break out over Taiwan, as China steps up its military activity and Taiwan says it’s preparing for war.

Beijing has sent a record number of fighter jets into Taiwan’s defence zone over its National Day weekend, amid a surge in nationalism on the mainland.

But on Monday, China’s Foreign Ministry said it was the U.S that had made “provocative moves” that “undermine China-U. S relations and regional peace and stability” by strengthening its official and military ties with Taiwan.

The Foreign Ministry spokesman Hua Chunying went on to say that “China will take all necessary measures to resolutely crush all attempts at ‘Taiwan independence'”.

Joanne Wallis, a Professor of International Security at the University of Adelaide and author of Pacific Power? Australia’s Strategy in the Pacific Islands, told Pacific Beat that while the rhetoric is increasing, she doesn’t believe there is an imminent threat of conflict.

“There has long been concern that there would be conflict over Taiwan, there was the Taiwan Strait crisis in the 1990s, this is not a new situation,” she said.

“I think what is new is the rhetoric around it and I think that’s primarily driven in many ways by outside forces, rather than the situation itself”.

But she said that if conflict was to break out, the Pacific would be “at real risk”.

“Particularly the north Pacific, particularly the subregion of Micronesia given their geographic location but also…they are hope to a number of U.S [military] bases,” Professor Wallis said.

“The Pacific’s in quite a difficult circumstance, because the Pacific has lived through World War Two, they know what a ‘Great Power’ war looks like in their own backyard. You can quite understand why they’re anxious and cautious about what is happening.”

Professor Wallis said in the current state of play, the diplomatic recognition could play a role in “intra-Pacific islands’ dynamics” given the split within the region with the Micronesian countries pledging to leave the Pacific Islands Forum.