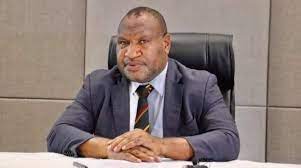 While the world has taken to living with Covid-19, Papua New Guinea still has a lot to learn in doing the same, PNG Prime Minister James Marape says.

As he arrived into the country after a two-week trip to the United States, Marape said that while he was prime minister, that still did not stop him from going through the rigorous Covid-19 controls in other countries like Singapore and the U.S.

“The Covid-19 is real, it is not a joke, I have seen clearly from my visit to the U.S of how serious countries take action against this global pandemic – from transiting in Singapore, to arriving in the U.S, and moving around,” he said.

“Even as the prime minister, I had to observe the strict Covid-19 protocols both in Singapore and America.
“The Covid-19 dominated discussions in all United Nations meetings, from the smaller virtual meetings to 76th United Nations (UN) General Assembly.

“This pandemic is a very real security threat to all the nations of the world.”

Marape, in his address to the UN, had indicated that Covid-19 remained a big challenge in PNG, especially as the rate of vaccination remained low.

He also called for global efforts to curb misinformation that was resulting in low rates of vaccinations in the country. “It is concerning to note the increasing reports of the virus in the country,” he said.

Marape said vaccination was not a new medical option for the protection of lives.

“We, in PNG, have been utilising vaccinations sanctioned by WHO since the 1970s for measles, pneumonia and polio, and now for the Covid-19,” he said.

“For the Covid-19, over 2 billion people all over the world have been vaccinated, so I encourage people to be responsible to yourself, your family and your country by being vaccinated.

“If you don’t want to be vaccinated, then my strong suggestion is for you to participate in self-isolation and remain where you are with mask and social distancing because the Covid-19 is spreading rapidly.”

“The Covid-19 is not a joke, I repeat, so let us all contribute towards making our country safer from it,” he said.

Meanwhile, Eastern Highlands Governor Peter Numu says mandatory mask-wearing, strict protocols at borders and intra-provincial measures will be imposed after a surge in Covid-19cases in the province over the past week.

According to the provincial government and health authority, it would cost around K16 million(US$4.5 million) to combat the rise in cases reported at the hospitals in the province.

The National understands that another eight oxygen cylinders were delivered to Goroka on Sunday afternoon.

However, from sources on the ground, the Goroka Hospital needed 50 oxygen cylinders per day to deal with the continued critical patients moving into the hospital.

Due to the high number of patients going into the hospital and the five wards given for Covid-19 patients, Numu said the National Sport Institute (NSI) indoor complex would be converted into an isolation ward with the provincial administration given a week to convert NSI into an isolation ward.

He told The National in an interview that the calls he was receiving from ward councillors, presidents and supporters, painted a grim picture of the reality of the deaths which were described as “healthy people collapsing and dying”.

The provincial Covid-19 coordinating committee announced 11 measures to assist in minimising the threat in the province.

* A curfew from 5pm to 6am every day;
* No gathering of no more than 20 people;
*No overcrowding of public motor vehicles;
*Closure of the main market at the peace park;
*Liquor ban with only restaurants serving alcohol with food;
*Clubs and gambling establishment to remain closed;
*Control of customers in businesses premises will see the enforcement of the “Niupla Pasin” protocol;
*Mandatory mask-wearing with everyone to be masked wherever they are;
*Closure of the betel nut market at Kakaruk and Chuave markets;
*Schools continue to operate, however, with strict practice in the Covid-19 protocols; and,
*Roadblocks to be observed at district borders to monitor movement.

“We won’t be issuing penalties, however, we will be reminding them to wear their masks at all times.”.

In another development, authorities in Morobe have summoned all public servants and any resources under their control such as equipment and facilities to be on standby to for use in the province’s Covid-19 response.

This is part of nine new provincial measures that were effective as of last Monday, following an surge in Covid-19 cases in the province.

“I don’t have all the updates, but right now, we have about 17 or so patients currently at the stadium (Covid-19 facility), about four of who are on full-time oxygen and others on intermediate oxygen,” he said.

Dr Binga said Highlands provinces such as Eastern Highlands had reported a concerning increase in Covid-19 cases last month, which increased Morobe’s risk of a surge.

“We are preparing ourselves for the worst possible times ahead of us,” he said. “Although nobody really knows what will happen, we just work with whatever resources we have and together we can combat.

“The Covid-19 measures are very clear; if we comply, we can at least have some control of what’s happening before our eyes.

“Part of the measure is to wear masks and hand sanitise in all public places and the general population while government employees and business houses are strongly urged to have their employees vaccinated.”
Lae MP John Rosso encouraged everyone to abide by the measures.

“We’re trying as much as possible to allow businesses to operate as freely as possible; so our biggest advice is mask up, practise the new normal measures and get vaccinated,” he said.