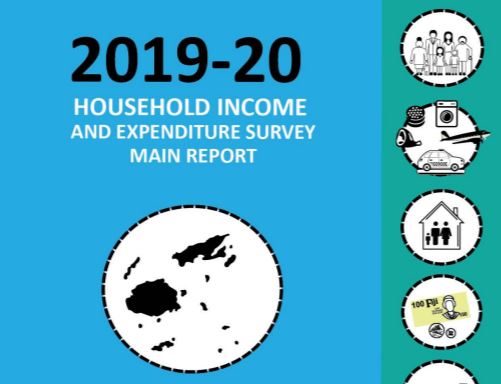 The release of Fiji poverty data desegregated by ethnicity and religion by the Fiji Bureau of Statistics in its 2019-20 Household Income and Expenditure Survey (HIES), resulted in the firing of its CEO last week.

Kemueli Naiqama, was escorted from his office on 15 September. A Fiji government statement later that day said that the information published in the survey was “unverifiable” and extrapolated from “erroneous sources”, and exceeded the “established scope of the survey’s data collection”.

However, David Gordon, a Professor of Social Justice from Bristol University who assisted with the report, has refuted the Government’s assertion, telling the Fiji Times that: “The Fiji HIES 2019-20 survey was carried out to international statistical standards and used a stratified random probability sampling methodology to produce unbiased results which are representative of the Fijian population.”

Naiqama himself has said the report “is an honest, clear and realistic snapshot of the poverty situation in Fiji according to internationally accepted standards and categories, and nothing else.”

Fiji’s Bureau of Statistics was previously an independent body charged with collecting data under the Statistics Act 1961. This changed in 2016, with the CEO appointed by the Minister for Economy under Section 5 of the Act. The Bureau now takes its direction from the Minister, who also establishes the scope of all surveys and data collection by the Bureau.

Now the collection and release of data desegrated by ethnicity and religion has been disallowed by the FijiFirst government on a ’philosophical’ basis, which has promoted an “ethnically blind” approach to constitutional and political reform in the wake of the four coups Fiji has experienced since gaining Independence in 1970.

Fiji is a nation where it’s decreed that everyone is identified as ‘Fijian’. Its elections are contested under one national constituency, as opposed to earlier systems where constituencies were created on provincial and ethnic lines. However ethnic divides persist.

It’s worth noting that in 2018, then-Census Commissioner Epeli Waqavonovono also landed in hot water when he said he would only release data on ethnicity from the 2017 census if authorised to do so by “a higher authority”. Attorney General and Minister for Economy, Aiyaz Sayed-Khaiyum at the time had told Fiji’s Parliament no such data was available. Waqavonovono wasn’t to last at the Bureau.

Sayed-Khaiyum labelled the breaking down of poverty estimates by ethnicity and religion in the Fiji HIES 2019-20 as “a huge step backwards for Fiji,” adding, “if you are going to start having compassion for people based on their ethnicity then you are losing your sense of humanity.”

He also said that poverty in Fiji “is now measured by consumption, including the food grown in a family backyard, and not just income.”

Collection of diversity data is part of the UN General Assembly’s Sustainable Development Goals, which aims to end poverty and fight injustice as part of the new sustainable development agenda. The Fiji HIES 2019-20 states that it changed its methodology “to ensure a rigour and technical soundness of poverty measurement … including monitoring SDG 1 of ‘ending poverty in all forms everywhere.” The UN SDG and other international initiatives demand more robust data to monitor inequalities in their objective of “leaving no one behind”.

The reality of all this kafuffle in Fiji is that while political and economic analysts are defending the integrity of the poverty estimates and the professionalism of the CEO and his team, the outrage over the poverty figures and how all sides will address it has become lost.

According to the Fiji HIES 2019-20, Fiji’s estimated population stands at 864,132 persons, with 535,554 iTaukei (62 percent), 295,326 Indo-Fijians (34 percent) and 33,251 of other ethnicities such as Chinese, Pacific Islanders and part-Europeans (4 percent). The iTaukei are over-represented among the poor, making up 75 percent of this group, compared to 62 percent of the overall population. Virtually all iTaukei are Christian, which explains why the HIES says 78 percent of the poor are Christian.

As it is, the government needs to address many other glaring divides across the nation. 45 percent of the population lives in rural areas, but they make up 62 percent of the poor. Male and female-headed households are equally likely to be poor. The poorest region is the Eastern division, with 43 percent poor, compared to the national average of 30 percent.

There may not be enough time before the next election for the Fiji First Government to use the data it has discredited, to strengthen existing policies to tackle the various poverty divides, given Fiji’s closed borders, economic situation and limited options.

However, as the nation prepares to go to the polls in a year, citizens should be asking opposition parties what alternatives options they offer to alleviate poverty and to bridge Fiji’s many divides.

If there is one thing that these years of Fiji First rule have shown, ethnic identification will not disappear with any institutional or enforced social engineering. Fiji’s diversity is an endearing, if a conflict-prone attribute of modern-day Fiji. It triggers conflict only when mobilised and manipulated to create a sense that a particular ethnic group’s interests are threatened.

FijiFirst’s engineering of ethnically blind policymaking doesn’t seem to have led to equitable economic growth or lessened the poverty divides. Whether it has created a sense of ‘One Fiji’, rooted in shared values across Fiji’s ethnic divides, is unclear. The Fiji HIES 2019-20 is a treasure-trove of valuable data for any policymaker concerned about reducing poverty and promoting equity. The sacking of the nation’s Chief Statistician is counterproductive. If the aim is to lesson divides, we need to acknowledge disparities and work to bridge them, not turn a blind eye to them.