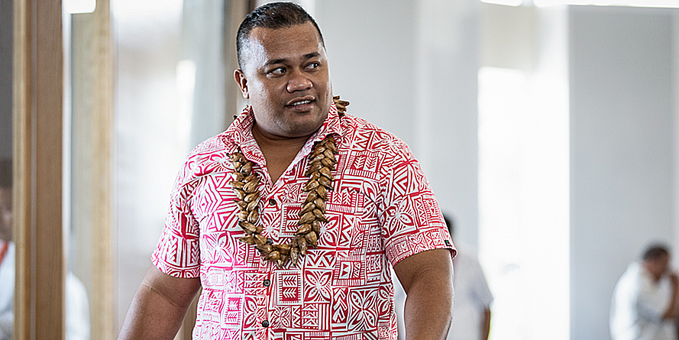 Fifty-two hotels have closed while 48 are still operational out of the 144 hotel operations in Samoa that the Samoa Tourism Authority has on its records.

He said 26 hotel operations are also currently being used by the Government to quarantine returning citizens and residents.

“So far given the stats that we have out of 144 total hotel operations since July this year 48 are still operational, 52 have been closed, 26 are being used for the quarantine,” he said in an interview.

“So we are thankful for that, that sort of assistance towards the quarantine and 18 that’s been partially opened so that during the weekends or when they have enough guests.”

A survey by the STA of employment in the tourism sector also revealed that a total of 3,877 jobs have been affected since the onset of the COVID-19 pandemic last year.

And the accommodation sector, food and beverage and car rentals felt the brunt of the decline with all losing more than half of their employees and jointly contributed 88.5 percent to overall job losses.

“But also we look towards how we actually maintain and retrain the current laid off workers so that by the time we reopen the borders in the future we won’t have to restart, it’s just the transition.”

Fa’amatuainu Lenata’i Tuifua said the local tourism industry had a good run in 2019, which marked the first time they surpassed the half a billion mark in terms of revenue of tourism.

However, the decline started towards the end of 2019 with COVID-19 dealing a big blow to tourism in the country when borders shut.

The tourism employment survey also showed that 68.6 percent of direct employment had been affected in some form with 48 percent getting laid off since December 2019.

Figures shown in the survey also indicated that the total workforce before the COVID-19 pandemic and the measles epidemic was at 5651.

But during the pandemic era, the number of those who were fully employed stood at 1,774, laid off workers 2,706 while 1,171 were in the reduced hours group.

Fa’amatuainu also indicated that there will be assistance forthcoming from the New Zealand government specifically for the tourism sector in terms of marketing.

“There will be assistance from the Government, our donor partner in New Zealand will actually assist us, so we aside from that in terms of the marketing STA are doing a lot of marketing not only destination marketing but also direct marketing for properties.”

Fa’amatuainu explained that they have done a lot of marketing on social media, including the Tafaoga and Kuka documentary series to let people know what Samoa has to offer in terms of tourism potential.

“So if you get bored you can always go fishing, go golfing, go hiking so Samoa has a lot to offer,” he said.

He added that the STA was recently out in the field with experts to develop new sites in terms of nature walking.

And with the budget recently tabled in the parliament, Fa’amatuainu said the STA is one of the agencies in the Government that have had a big increase in terms of the budget.

“We are helping our colleagues at [Ministry of Health] as well as [National Emergency Operation Center] in terms of having the travel tracer app and also during the vaccination we also have the fixed sites for vaccination,” he said.

Meanwhile, Prime Minister Fiame Naomi Mata’afa has underscored the impacts of the global COVID-19 pandemic on tourism at a meeting of Commonwealth foreign Ministers on Friday.

The Commonwealth Foreign Ministers Meeting was held virtually on 17 September.

“Samoa, like all tourism dependent economies [is] struggling since the pandemic. Most of the job losses were from the hospitality industry,” Mata’afa said in her statement.

Before the 2019 measles epidemic and the COVID-19 global pandemic, the workforce stood at 5,651. But since the pandemic the number of fully employed workers dropped to 1,774. The total number of laid off workers caused by the pandemic-led downturn was 2,706; some 1,171 workers had their working hours reduced.

Mata’afa said she appreciated the continued work by the Commonwealth Secretariat, despite the challenges of global lockdowns and restrictions, to support trade and economic development efforts.

“We stress the importance of the support by the Commonwealth Small States Office in Geneva, enabling our active engagement in the [World Trade Organisation],” Mata’afa said.

“We look forward to its continued support as we finalise the opening of our Mission in Geneva. We particularly welcome the proposed areas of focus for the Commonwealth to support trade and economic recovery, especially the revival of the tourism sector and ensuring sustainable financing for recovery.

Now its your time Fiji!

Pacific Media told to be bold in their reporting: Forum SG