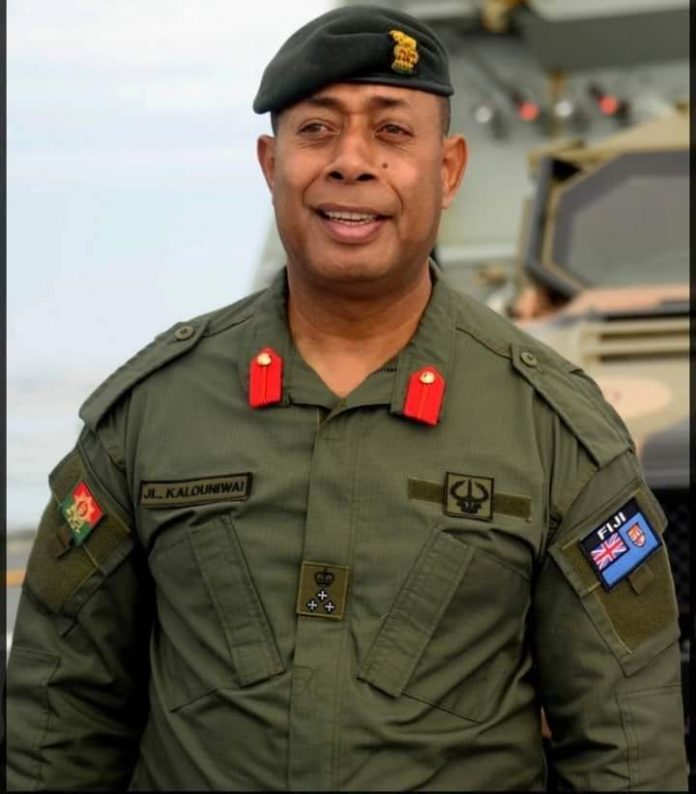 Republic of Fiji Military Forces Commander, Brigadier General Jone Kalouniwai says instilling discipline in soldiers is at the top of his agenda.

Speaking to FBC News Kalouniwai said he will implement a modernisation plan in the RFMF during his five-year term.

The new Commander wants changes in staff professionalism saying he is overwhelmed with what is to come.

“I think if I can bring back a lot of professionalism into the individual soldier and that will help us rise to a level that society that government can be confident on the RFMF as a whole.”

“If I start inculcating a culture of trust, a culture of transparency within the RFMF, a culture that can reach out to government, non-government and civil societies as well, I think it will help us change the way society views the RFMF and identifying with society with agencies in trying to help them with emergence security.”