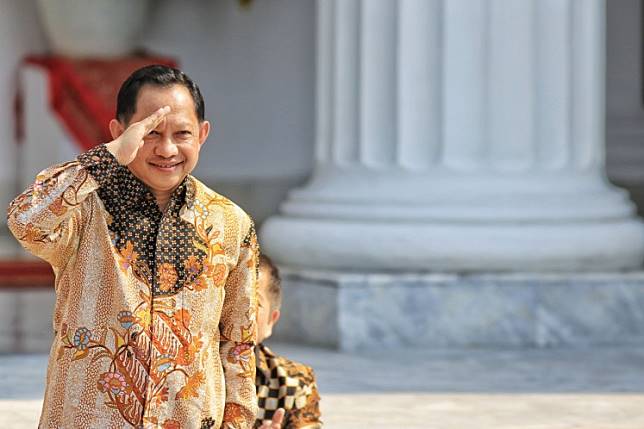 To this end, the government will revise the Papua Special Autonomy Law, according to Karnavian, who had earlier headed the Papua police headquarters before being promoted to serve as Indonesia’s national police chief and then home minister.

Karnavian made the statement during his working visit along with Coordinating Minister for Political, Legal, and Security Affairs Mahfud MD to Sota Sub-district in Merauke District, Papua Province, near the Indonesia-Papua New Guinea border on Sunday.

Karnavian further called for accelerated development in Papua, so that the regional division for creating South Papua Province with Merauke as its capital city becomes indispensable.

In the early stage, Pegunungan Bintang District was keen to be part of South Papua Province, but due to its geographical proximity to Jayapura, it united with the “Saereri division,” he remarked.

Referring to a new regulation, four districts in South Papua could have formed their own province, he noted, adding that the Home Ministry is currently deliberating and preparing a government regulation, he stated.

Coordinating Minister Mahfud MD has given his ministry a deadline to complete the government regulation on this regional division by 19 October, 2021. It still needs to be merged with the aspirations of those at the grassroots level, Karnavian stated.

Hence, Karnavian urged community leaders and all societal elements at large in the districts of Merauke, Boven Digoel, Mappi, and Asmat to stand united to express their aspirations for the creation of South Papua Province.

They must also write a letter to Indonesian President Joko Widodo, he noted, adding that Merauke District had vast potential in agriculture and fisheries.

Owing to its huge potential and sufficient availability of human resources, he is confident that South Papua will rise to become the most developed province on the land of Papua.

ANTARA reported earlier that Indonesia’s House of Representatives (DPR) had ratified the bill amending the Papua Special Autonomy Law No. 21 of 2001.

The bill that the House members enacted during a plenary session on 15 July, 2021, accommodates 18 revised chapters and two new chapters, according to head of the House’s Special Committee for Amending the Papua Special Autonomy Law, Komarudin Watubun.

The enacted bill has accommodated the need to regulate the privileges of indigenous Papuans in the political, education, health, labour, and economic sectors, as well as to support customary communities, he affirmed.

It offers more room to native Papuans to get involved in politics and in organisations, such as the Papuan People’s Assembly (MRP) and Papua legislative councils (DPRK) in districts and cities.

Meanwhile, the value of special autonomy funds for Papua and West Papua has been increased to about 2.25 percent of general allocation funds, placing them among eight provinces with the highest budgets, the Home Minister has said.

According to Karnavian, compared to the regional budget of South Sumatra province, which has a population of more than 12 million, for instance, Papua and West Papua’s regional budgets are higher.

However, as Papua is larger than Java Island in terms of size, there is a “specialty” pertaining to the need for accelerating regional development there, he explained.

Karnavian then urged community leaders and all societal elements at large in the districts of Merauke, Boven Digoel, Mappi, and Asmat to stand united to express their aspirations for the creation of South Papua province.

Owing to its huge potential and sufficient availability of human resources, he said he is confident that South Papua would rise to become the most developed province in the land of Papua.

“No rush for Parliament to meet” – Samoa Prime Minister Mata’afa