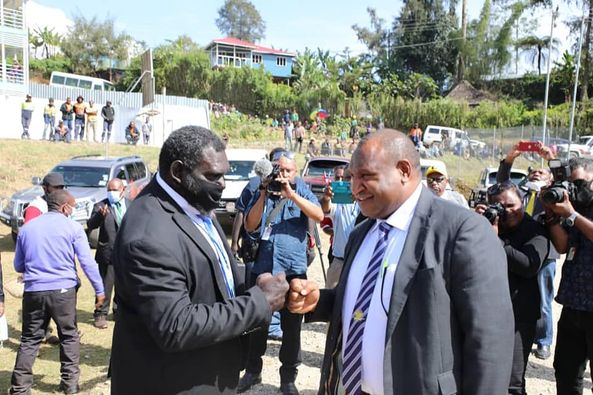 Papua New Guinea Prime Minister James Marape says the Government has not made any commitment to the Autonomous Bougainville Government (ABG) that independence will be the final outcome.

He said this when presenting an update of the Bougainville Peace Process to Parliament.

But this is in contrast to comments and commitments made by Marape and his Government at the consultations in Kokopo in May and then joint consultation body meeting in Wabag in July.

In those meetings between representatives of both governments, an undertaking for Bougainville attaining independence had been put at 2025 by ABG President Ishmael Toroama with Marape’s Government maintaining that independence could be achieved “no earlier than 2025 and no later than 2030”.

“Neither I, nor the Government, have the lawful authority to make any such commitment, the final decision-making authority is vested in the Parliament, and only this House may determine what the final outcome will be,” Marape said.

“The ABG has proposed a range of activities and actions as part of the proposed joint roadmap. Many of these cannot lawfully occur until such time as the Parliament has made a final decision.”

Marape said he asked that all necessary resources be made available to map and support the legal process going forward.

“This will involve key agencies which include the Department of Justice and Attorney-General, the Office of the State Solicitor and the Constitutional Law Reform Commission working to provide practical advice and guidance to support consultations going forward,” he said.