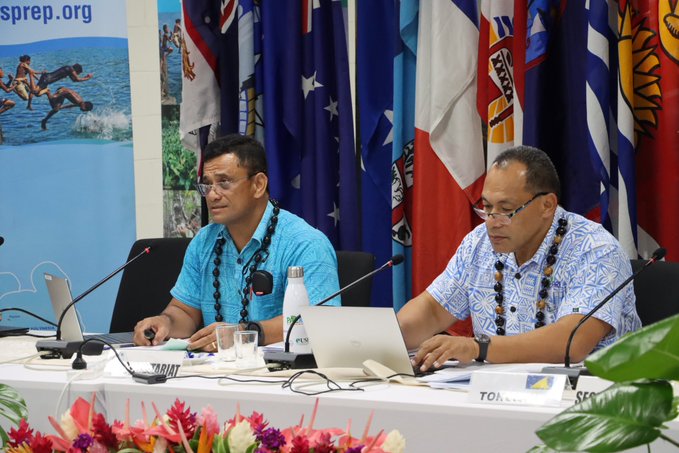 Efforts to effectively deal with mercury in the Pacific and a call for the development of a “Mercury Free Pacific Campaign” to phase out mercury containing products, was highlighted to Members attending the 30th SPREP Meeting of Officials, with the theme of “Accelerating actions for a resilient Blue Pacific”.

The Minamata Convention on Mercury is the most recent global agreement on environment and health, adopted in 2013. It is named after the bay in Japan where, in the mid-20th century, mercury-tainted industrial wastewater poisoned thousands of people, leading to severe health damage that became known as the “Minamata disease.”

Since it entered into force on 16 August 2017, 133 Parties, ten of which are Pacific island countries, have been working together to control the mercury supply and trade, reduce the use, emission, and release of mercury, raise public awareness, and build the necessary institutional capacity to make mercury history.

Exposure to high levels of mercury can permanently damage the brain and kidneys and has been shown to affect a developing fetus, even months after the mother’s exposure. In the aquatic environment, mercury can be transformed into methylmercury, a compound that is more toxic at low doses than pure mercury, absorbed by sea life, and then ingested by humans and other animals that eat seafood.

The GEF MIA project which is currently being implemented in the Cook Islands, Kiribati, Palau, Republic of Marshall Islands, Tonga, Tuvalu, and Vanuatu join similar projects in Federated States of Micronesia, Papua New Guinea and Samoa which are under bilateral arrangements with UNEP.

“We have recently secured the ISLANDS Pacific Child Project from the GEF to assist Pacific island countries implement measures identified in their MIAs to manage mercury with the objective of creating a “Mercury Free Pacific Campaign” through a regional action plan”, further commented Talouli.

The Mercury Free Pacific Campaign intends to address the high levels of environmental and human health threats posed by mercury in the Pacific intends to work towards raising awareness about mercury exposure and safer alternatives and will assist Members promote mercury free policies and legislations.

The campaign also seeks to encourage Members to become Parties to the Minamata Convention on Mercury and collect and dispose legacy mercury waste in the region.