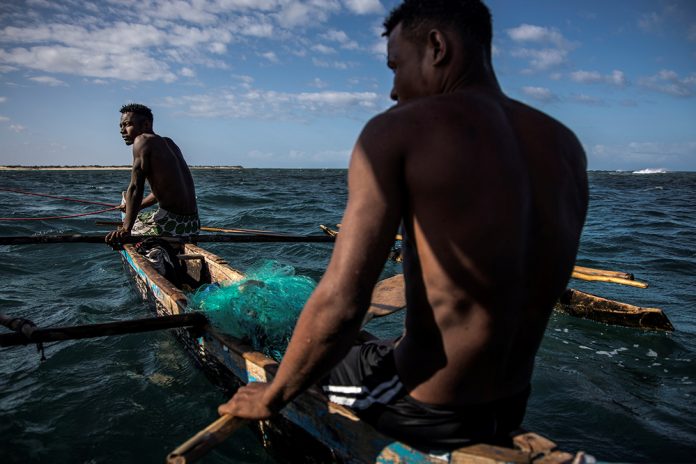 The damage to people and livelihoods caused by climate change is happening at a scale that “people on the front lines cannot manage”, according to the UN’s humanitarian office, OCHA.

OCHA says that “time is running out for millions of people who are already losing their lives, their homes and their livelihoods” due to “extreme weather” that is “decimating” communities across the globe.

The majority of those people live in some of the poorest countries in the world, which are the least to blame for the emissions of harmful greenhouse gasses that are driving climate change.

As rich countries continue to emit greenhouse gasses at their highest-ever concentration levels, extreme weather is decimating more and more parts of the world.

“Time is running out for millions of people who are already losing their lives, their homes and their livelihoods to climate change. These people have contributed least to the global climate emergency, yet they are being hit the hardest.

“Climate-related damage is happening at a scale that the humanitarian community and people on the front lines cannot manage.

“We need to pressure world leaders to take meaningful climate action for those who need it most. They must commit to putting vulnerable people front and centre at the UN climate summit (COP26) in November,” said OCHA.

Through the Paris Agreement, rich countries had pledged to provide US$100 billion a year to help poorer countries tackle climate change through mitigation and adaptation actions. But the rich countries are falling behind in their commitments. Solidarity in the face of the climate crisis begins with developed countries fulfilling their promise to help the most vulnerable communities adapt to and mitigate the effects of climate change.

“The climate emergency is a race we are losing, but it is a race that we can win,” said UN Secretary-General António Guterres.

And in the race against the climate crisis, we can’t leave anyone behind,” he said.