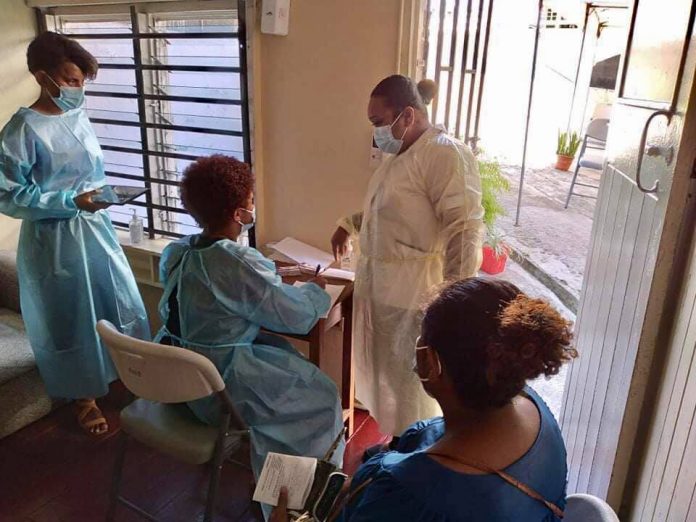 Fiji has recorded 350 new cases of COVID 19 and 23 new deaths Monday, increasing the total number of cases to 40,517 and 392 deaths since the outbreak in the Pacific nation in April.

He said there have been 1,650 new recoveries reported since the last update, which means that there are now 22,494 active cases.

He said there have now been 394 deaths due to COVID-19 in Fiji, with 392 of these deaths during the outbreak that started in April this year.

“We also have recorded 208 COVID-19 positive patients who died from the serious medical conditions that they had before they contracted COVID-19; these are not classified as COVID-19 deaths” Dr Fong said.

He said there are currently 309 COVID-19 patients admitted to hospitals in Fiji.

“This means that 91% of the target population have received at least one dose and 36.1% are now fully vaccinated nationwide. We are currently doing a mop up exercise of our first dose campaign, which will allow us to specifically target specific communities with low coverage, and subsequently also correct and update the total eligible population for our current vaccination programme,” said Dr Fong.

UN chief: ‘We cannot defeat a pandemic in an uncoordinated way’