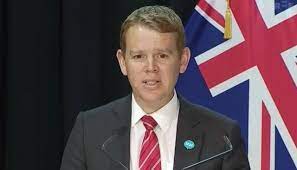 The New Zealand Government has announced it was classifying Indonesia and Fiji as two “very high risk” countries, limiting travel from both countries to New Zealand.

Covid-19 Response Minister Chris Hipkins said from 11.59pm on 15 August, travel from Indonesia and Fiji would be restricted to New Zealand citizens, their families, and parents of dependent children who were citizens.

“Public health advice suggests steps must be taken now to minimise the risk of COVID-19 entering unimpeded through our border,” Hipkins said.

“These stronger measures for specific countries have been enacted to reduce the risk of possible transmission, which is particularly important as countries deal with the Delta variant of Covid-19.”

The Ministry of Health confirmed earlier on Wednesday all Port of Tauranga workers who had contact with the Rio de la Plata ship, which was carrying 11 infected travellers, had returned negative results from initial tests. Additional results for some workers had also come back negative, but six were still pending.

A total of 72 workers were identified as contacts of the vessel.