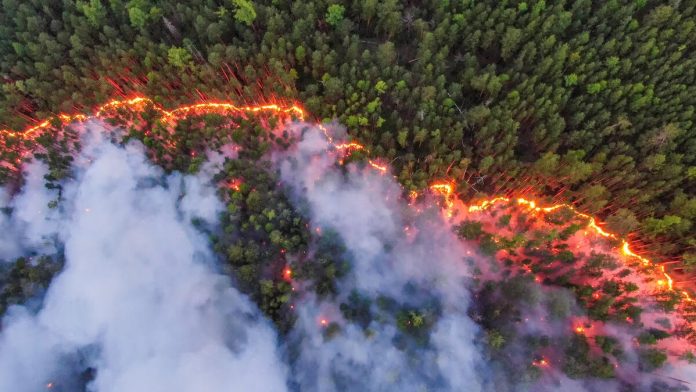 The fires, floods and extreme weather seen around the world in recent months are just a foretaste of what can be expected if global heating takes hold, scientists say, as the world’s leading authority on climate change prepares to warn of an imminent and dire risk to the global climate system.

The Intergovernmental Panel on Climate Change (IPCC) will on Monday publish a landmark report, the most comprehensive assessment yet, less than three months before vital UN talks that will determine the future course of life on Earth.

Policymakers have already previewed the findings, finalised on Saturday night, which have been the subject of an intense two weeks of online discussion by experts around the world, and represent eight years of work by leading scientists.

Doug Parr, policy director at Greenpeace UK, said governments must take heed of the warnings. “Practical, funded and deliverable plans [by governments] to keep us below the supposedly safe limits [of heating] are almost non-existent. Urgent climate action was needed decades ago – now we’re almost out of time. The UK government has a huge responsibility as host of the UN climate talks to ensure world leaders sign up to policies that not just put the brakes on the climate crisis, but slam it into reverse.”

The IPCC, made up of hundreds of the world’s foremost climate scientists, publishes comprehensive assessments about every seven years, with this report the sixth since 1988. This one will be different, however: previous work has shown that the 2020s are a crucial decade, in which greenhouse gas emissions must be halved in order to limit heating to 1.5C above pre-industrial levels, established by previous IPCC reports as the threshold of safety, and the lower of two goals in the 2015 Paris agreement.

Michael Mann, distinguished professor of atmospheric science at Pennsylvania State University, said this would be the last IPCC assessment that can make a real difference in policy terms, before we exceed 1.5C and the ambitions of the Paris agreement.

“Climate change is now causing amplified weather extremes of the sort we’ve been witnessing this summer – droughts, heatwaves, wildfires, floods, superstorms,” he said. “The impacts of climate change are no longer subtle. We see them playing out in real time in the form of these unprecedented extreme weather disasters.”

In recent months there have been fires in the US, heatwaves in northern latitudes, and devastating floods in China and Europe. Scientists warn that this may become the norm unless climate breakdown can be stopped.

Simon Lewis, professor of global change science at University College London, said: “The observations this summer show that some impacts [predicted in previous IPCC assessments of the climate] seem to be underestimated, but we can’t know if the devastation of summer 2021 is the new normal without a few more years’ data. But what we do know is if emissions continue to rise, then increasingly severe climate impacts will occur.”

He warned that the consequences would be severe. “What we need to keep in mind is that we all live in places that have built up over decades and centuries to cope well with a given climate. The really, really scary thing about the climate crisis is that every single achievement of every human society on Earth occurred under a climate that no longer exists,” he said. “The pressure is on for world leaders to agree both detailed and achievable plans to cut emissions now, and plans to adapt to climate impacts, when they meet in Glasgow in November.”

This year’s weather observations are not included in the IPCC report, which draws on science published in peer-review journals before this year, and since its last comprehensive report in 2013. Mann said: “This is also a limitation. The IPCC reports always seem to be playing catch-up with what we’re witnessing on the ground. Our own work suggests that the models upon which [most IPCC projections] are made still aren’t quite capturing some of the mechanisms that are important here.”

Extreme weather this year has also shown how vital it is that countries and communities around the world take steps to cope with the impacts, said Richard Betts, professor of climate impacts at Exeter University, and head of climate impacts research at the Met Office. “We now need to live with the consequences of what we have already done to the climate. We are hopelessly unprepared to deal with increasingly severe extreme weather events, even though these have been predicted by science for decades.”

Alongside this effort, we should be cutting emissions much faster, he added. “We need to take urgent action on reducing emissions if we want to stop this getting much worse,” said Betts. “The longer it takes to bring this increase [in the buildup of CO2 in the atmosphere], the greater the severity of climate change we will be stuck with.”

Alok Sharma, the UK minister who will preside over the UN’s Cop26 climate talks, to be held in Glasgow this November, said on Saturday: “This is going to be the starkest warning yet that human behaviour is alarmingly accelerating global warming and this is why Cop26 has to be the moment we get this right. We can’t afford to wait two years, five years, 10 years – this is the moment. [The consequences of failure would be] catastrophic – I don’t think there’s any other word for it.”

Rachel Kennerley, international climate campaigner at Friends of the Earth, said: “The world’s climate scientists are set to issue a stark warning that cannot be ignored. The international community must rapidly deliver the speed and scale of the action required to avoid catastrophic climate change. It’s time to end our reliance on dirty gas, coal and oil, and invest in green jobs and building the zero-carbon future we so urgently need.”.

PNG authorities order corpses to be swabbed amid fear of undetected...