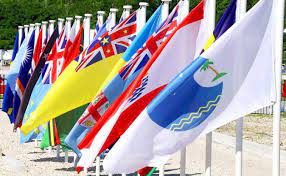 Four Micronesian leaders skipped the Pacific Island Forum’s 51st virtual session last Friday, in a continuing protest over the organisation’s refusal to assign the leadership post to the subregion.

The Micronesian nations– Palau, Marshall Islands, Federated States of Micronesia, Kiribati and Nauru– declined to reconsider their collective decision to exit from the regional body if the gentleman’s agreement is not honoured.

Nauru President Lionel Aingimea, chair of the Micronesian Presidents’ Summit (MPS), was the only leader from the breakaway group who attended today’s meeting, where PIF discussed a planned in-person leaders’ retreat scheduled for 2022.

In a statement issued after the meeting, Aingimea said Micronesian leaders, “are standing on the principles of the Mekreos Communique,” and “are not attending the retreat.”

“The Mekreos Communique articulates that if the long-standing Gentlemen’s Agreement is not honoured, then the Micronesian Presidents see no benefit in remaining with PIF,” Angimea said.

The Mekreos Communique is a declaration signed by Palau, FSM, Marshall Islands, Nauru and Kiribati in 2020.

The Micronesian leaders maintain that their candidate, Ambassador Gerald Zackios, must assume the secretary-general position in line with the gentlemen’s agreement’ for sub-regional rotation.

“Presidents agreed that the solidarity and integrity of the PIF are strengthened by the gentlemen’s agreement, that this issue is one of respect and Pacific Unity, and that it is non-negotiable for the Member States. Presidents agreed that in the ‘Pacific Way’, a ‘gentlemen’s agreement is an agreement, and if this agreement is not honoured, then the presidents would see no benefit to remaining in the PIF,” the Mekreos Communique stated.

Nauru, FSM, RMI and Palau commenced the process for withdrawal from the PIF in February 2021 and will take effect by February 2022.

The 51st Pacific Islands Forum Leaders virtual meeting also coincided with the 50th Anniversary of the Pacific Islands Forum. Nauru is a founding member of the Forum, along with six others – Australia, Cook Islands, Fiji, New Zealand, Tonga and Western Samoa – now Samoa.

Bainimarama in Friday’s opening of the Forum welcomed Secretary-General Henry Puna and said they are looking forward to working with him.

While the forum celebrates 50 years of milestones, it is also facing a crisis with the looming fracture of the regional body.

Bainimarama apologised anew to the Micronesian head of states over the PIF secretariat leadership row.

“To our Micronesian brothers, I offer my deepest apology, we could have handled the situation better, but I remain confident that we will find a way forward together,”

“I hope this meeting provides an avenue for frank dialogue,” Bainimarama said.

He said he doesn’t expect a resolution of the rift but he said the Forum will continue dialogue with the Micronesian leaders.

“None of us can do this alone,” he said and urged for solidarity and retain Pacific regionalism especially on the issue of climate change and Covid-19 related economic crisis.

Puna in his statement said the region is in the midst of “unprecedented challenges” of Covid pandemic, climate change, and geopolitical interests.
He also cited the challenges the forum is facing among the members.

“Our bond as one forum family is being put to the extreme test,” Puna said.

But he is hopeful that the members will stay together with continued dialogue.

Australia welcomes Micronesia’s decision to rescind withdrawal from the Forum