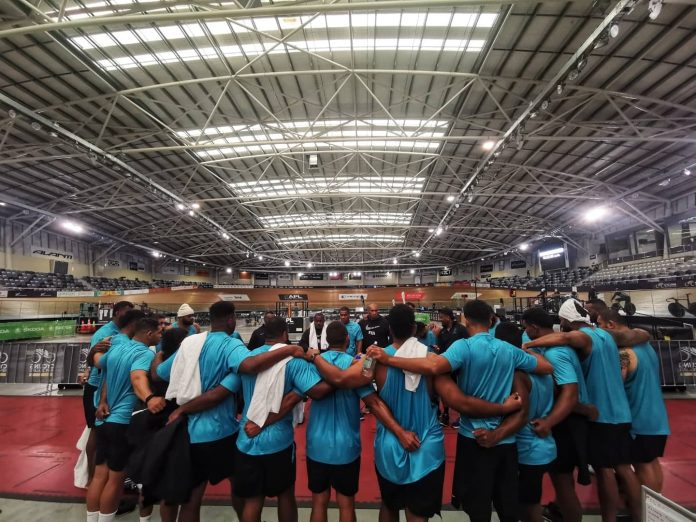 Fiji forwards coach Jason Ryan has promised the All Blacks another fiery reception in the breakdowns during the second test in Hamilton on Saturday night.

Although the All Blacks were convincing 57-23 winners over Fiji in Dunedin last weekend, they received a rude awakening at the breakdowns as the visitors, led by their impressive No 6 Johnny Dyer, made the world’s No 2 team look second rate in this facet of their game.

Ryan, who also mentors the Crusaders’ forwards under the watchful eye of head coach Scott Robertson, must have been rapt with the attitude of the Fijian fetchers as they repeatedly pounced on the All Blacks ball carriers on to force turnovers off the deck.

Speaking on Sky Sport on Monday night, Ryan hinted he wasn’t surprised the Fijians, ranked 11th in the world, were able to exploit the All Blacks’ ability to treasure possession.

“Their (the Fijian players) natural power is quite unbelievable,’’ Ryan explained on Sky Sport.

“Their power through contact and ability to get on the ball, and stay there, is phenomenal. They are just explosive, so strong.’’

John Dyer snared five turnovers as the All Blacks struggled to shift the strong Fijian players out of the rucks, stifling their momentum on attack; it wasn’t until reserve hooker Dane Coles took the field in the second half and scored four tries that the hosts were able to put their opponents away.

All Blacks coach Ian Foster was always going to field a fresh line-up after the 102-0 win over Tonga in the first test of the season in Auckland, but he also had to name Ethan Blackadder in the unfamiliar role of No 7 after Dalton Papalii and Ardie Savea were not considered due to injury.

Captain Sam Cane, the most senior openside flanker in the All Blacks, is still recovering from surgery to the pectoral tear he suffered in Super Rugby and isn’t expected to be available until around late September.

Blackadder started in the back row alongside No 8 Hoskins Sotutu and blindside flanker Shannon Frizell.

Foster is expected to rotate his team, once again, for the test in Hamilton and will be demanding a more accurate performance when it comes to supporting ball carriers when they go to ground.

But Ryan, who would have been the All Blacks forwards coach if Robertson had not lost out to Foster in the race to be head coach in late 2019, said Fiji were also disappointed with parts of their game.

Ryan pointed out that three of Coles’ tries came after the All Blacks’ forwards dominated their counterparts.

“And that really hurt us, so we have got some work to do there,’’ Ryan said. “It is great the boys are showing some drive and ownership to do better.

“We will be right up for this second test match and I think there is a couple of areas in our game around big moments and discipline that we have got to really work on, otherwise we are just going to be defending mauls all night.”

Fiji head coach Vern Cotter and Ryan would have been stoked that their men not only shaded the Crusaders in the breakdown, but also with a clever play off the front of an attacking lineout that resulted in a try.

“When you are playing a top-tier team like the All Blacks, you can’t sit back,” Ryan told Sky Sport.

“I think one of the pleasing things, for me, and the coaching group was how disappointed we were in the shed afterwards with our performance and we how we leaked so many points.