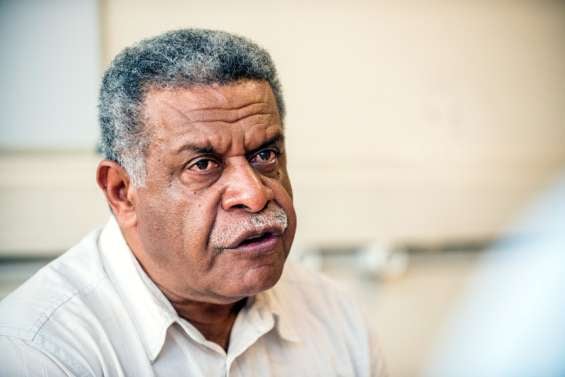 After five months status quo, the FLNKS candidate Louis Mapou, a member of UNI-Palika has been elected President of the Government of New Caledonia.

“It is an honour and a heavy responsibility”, he told local media after his election in Noumea.

He was elected as head of the 11-member multi-party government by 6-4 votes, defeating outgoing President Thierry Santa (with one abstention). While the independence movement has a 6-5 majority in the government, a 3-3 deadlock between Mapou and UC candidate Samuel Hnepeune stalled this decision for months. Now UC has backed Mapou, and Hnepeune has announced his resignation, opening the way for the next member of the UC-FLNKS list to take his seat.

The 62-year-old takes the helm just months out from the territory’s third and final vote on independence under the Noumea accords.

Last week New Caledonia’s 11 ministers was summoned by the French High Commissioner to meet today for a fifth attempt to elect a president.

Since February, there has been no properly constituted government because in four attempts, none of the presidential candidates could secure the minimum six votes to be elected.

In the previous four election attempts, the two secured three votes each and the anti-independence politician Thierry Santa four.

The Santa-led government fell in February after the pro-independence parties pulled out of the collegial government over nickel policies.

In the subsequent election, Congress for the first time elected a majority of pro-independence ministers.

Because of the extended impasse, the latest budget had to be drawn up by the French High Commission.

Over 600 cases in Kiribati as Health Minister says just ‘tip...

Pacific Community warns of threat to education retention in the wake...