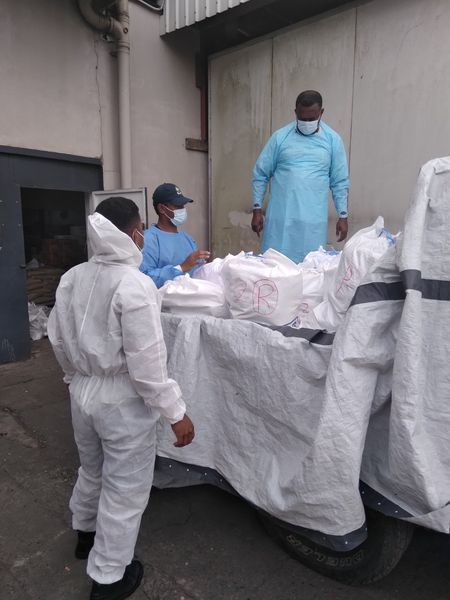 The Fiji government’s response to the Covid-19 outbreak is an utter failure, but it’s not too late to follow New Zealand’s lockdown example, the opposition leader says.

Fiji is in the grip of a Covid-19 outbreak that has infected 791 people and left three more dead in the past day.

Fiji’s opposition MP Biman Prasad told RNZ’s Nine to Noon the government’s strategy had been a complete failure and needed to change.

“Change the strategy now. It’s about life and death now. It’s about fixing the health public health emergency right now, which will also be good in the long term for the economy.”

“We are facing a very, very dire situation … the warning from the health officials is that the situation is going to get worse”

He said people were fearful and anxious, and the government was putting all its eggs in one basket – vaccination.

“Vaccination is important, we’re encouraging people to get vaccinated. But right now we are having a public health emergency – people are dying, our health systems are giving up.”

It was not too late for the country to follow the examples of New Zealand and Australia and lock down, he said.

“If there is a proper planned lockdown with appropriate provision of support such as food rations, etc, for people in the lower income categories I think a lot of people will understand why the government would do that.”

Ardern told New Zealand media it was up to the Fijian government to make its own decision, but offered some advice.

“Lockdown, for us, has saved lives and it’s also benefited our economy. But these choices are for governments,” she said.

“Our help and assistance will be there regardless of what strategy they adopt, they’re our neighbours and I think no one wants to see any country suffering under the full effects of an outbreak.”

“Acknowledging that they of course have the right to make their own decisions.”

Prime Minister Frank Bainimarama has said the economic cost of a lockdown would be too great, that more people would lose their jobs and more businesses would be forced to close.

Prasad said the government should seek more help from Australia and New Zealand to help with testing.

“People are dying, you know, on arrival to the hospitals because the health system cannot cope … if the cases continue to rise – and more and more people seek medical attention – any health system is gonna give up.

“I’m afraid that’s what is happening right now in Fiji.”

He said he suspected the government was ignoring advice, and its messaging had been contradictory.

“It’s very, very clear that this government has completely lost the plot.”

“They need to convince the people … they haven’t explained very clearly as to what and why they’re doing what they’re doing right now.”

The people of Fiji were grateful for the assistance from Australia and New Zealand, he said, but the Fiji government should ask for more help in the form of support for those who may be unable to care for their children and put food on the table.

Donations to help Fiji could also be sent to non-government organisations that were already providing help, he said.

Civil society groups in Fiji have urged the government to release data to help them provide an effective response to the crisis.