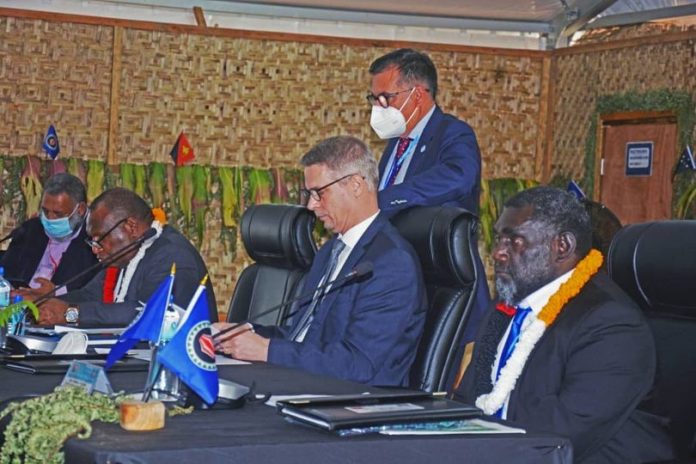 Bougainville has made it clear to the Government that it is ready for independence.

“The Bougainville team proposed 2025 at the Kokopo consultations.

“I am aware that your technical team has subsequently suggested a timeline to the ABG of “no earlier than 2025 and no later than 2030”.

“We propose a compromise date of no later than 2027.

“The date 2027 is in line with your statement in Kokopo.

“If this compromise proposal is rejected, Bougainville will revert to 2025 as stated in Kokopo. I request that the two of us take leadership of this agenda and give clear instructions to the technocrats.

“I note the reluctance in using the word ‘independence’ by the PNG side. This is a denial of historical facts that have taken place over the last 32 years. “The Bougainville war was for independence with 20,000 lives lost.

“It is against the spirit of the Bougainville Peace Agreement and the amendments in the PNG Constitution to now bury the independence word at this late hour of our journey.

“We believe it is timely that we start visioning a new relationship between PNG and Bougainville.

“When Bougainville gets independence, it will gain independence from a Melanesian brother and not from a colonial master.”

Meanwhile, Prime Minister James Marape is pleased with the work carried out on Bougainville’s independence since the last joint supervisory board meeting in Arawa in February.

“I want to commend the work that has been taking place since we last met in Arawa,” he said.

“Secondly, I want to acknowledge that in some areas we have not progressed as quickly as I would expect.

“There are some resolutions where I had hoped that officials would have made more progress and I want to place on record my assurance to President Ishmael Toroama and the ABG team that I will be directing that more work be undertaken to ensure we maintain the momentum that is required.

“We are seeking some traction at different fronts, working together to deliver outcomes envisaged under the JSB process.

“I want to emphasise the importance of the Sharp Agreement and the need to quickly implement the transfer of economic enabling powers to the ABG because these are the powers that will allow Bougainville to sustain its own affairs economically,” he said.