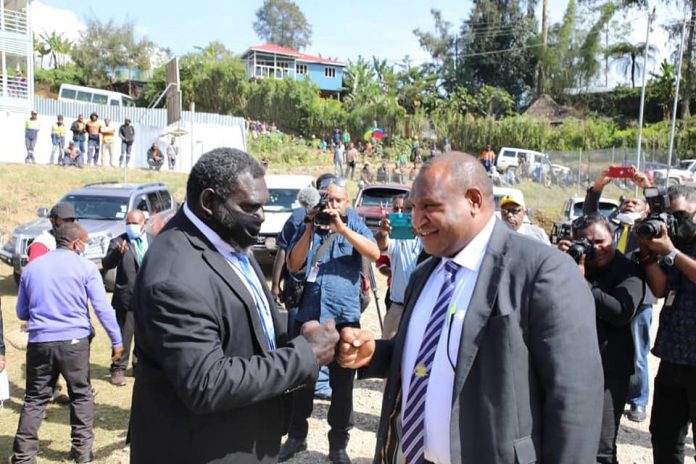 Bougainville’s leaders set a deadline of 2027 to gain full independence from Papua New Guinea Tuesday during talks on the future of the once-wartorn Melanesian island.

A resounding 97.7 percent of Bougainvilleans voted to secede from Papua New Guinea and become the world’s youngest nation in a 2019 referendum.

The poll capped a 2001 peace agreement that followed a decade-long war between Bougainville rebels, Papua New Guinea security forces and foreign mercenaries that left up to 20,000 people dead.

Papua New Guinea’s government has accepted the result, despite concerns that Bougainville’s departure could cause the ethnically and linguistically diverse country to fracture.

But it has so far refused to commit to full independence.

The pair agreed to a timetable for handing many powers to Bougainville authorities by 2023, amending Papua New Guinea’s constitution and drafting a new Bougainville constitution, according to documents seen by AFP.

The process would culminate in 2027, when Bougainville would “assume all or any sovereign powers” and would issue a “declaration of independence”.

But there appeared to be no agreement on whether that would mean fully fledged independence or a form of self-governance.

Many Pacific Island nations have “associated state” agreements with regional powers that blur the usual lines of sovereignty — ceding control over issues such as defence and foreign policy.

Toroama insisted that independence has to be more than symbolic.

“The message is clear — this long journey must end sooner rather than later,” he said, adding that Bougainville must become a country “no later than 2027”.

Marape had pushed for a slower timetable, insisting “this process cannot be rushed. The future of our nation is at stake.”

“My job is to ensure that the rest of the country remains united.”

Papua New Guinea’s parliament will have the ultimate say on whether to ratify Bougainville’s vote, and it remains unclear if the 111 members will block independence.

“There is nothing to fear from an independent Bougainville,” Toroama told them Tuesday.

COP26 should be a turning point for leaders: UK High Commissioner...