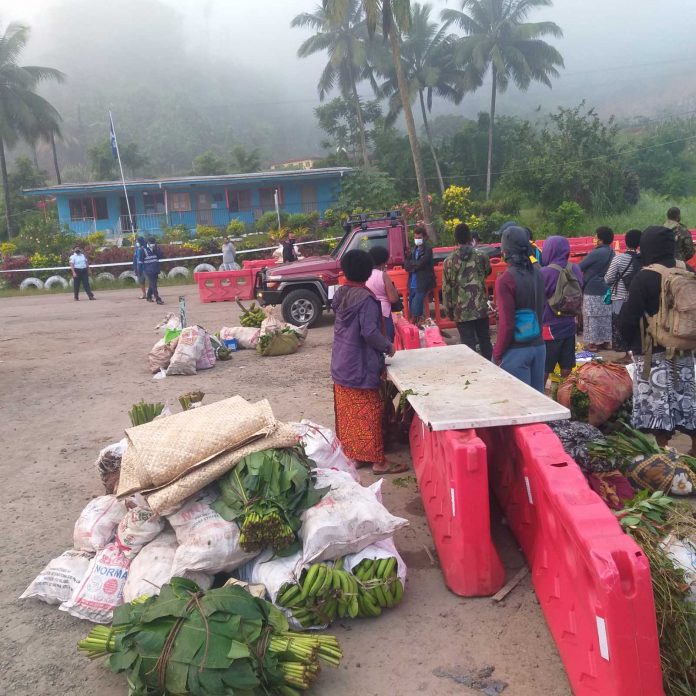 As Fiji’s COVID-19 outbreak continues to devastate the country’s economy, there are mounting fears the crisis could spark social unrest in the small Pacific island nation.

Those concerns have ramped up after a wild street brawl erupted in a poor neighbourhood in the capital, Suva, over the weekend, following a number of rare protests by quarantined villagers.

A video of the fight in Jittu Estate has been shared widely on social media in Fiji.

Police said drunken youths were to blame, but local reports said it was sparked by the theft of food crops in an atmosphere where people are anxious about feeding their families.

Even before the current outbreak, the pandemic had devastated Fiji’s tourism-dependent economy, causing widespread job losses.

Social workers said people were becoming increasingly stressed and angry, though one expert does not think it will bring down the government.

Jeremaia Merekula is a team leader at Lifeline and said the demand for telephone counselling has more than doubled since the same time last year.

“In the village, there are tensions that are rising where there are people who have lost their jobs and would want to go and plant cassava … but they don’t have any land,” he said.

“The number of calls that are coming in doesn’t compare to the thousands of people out there who are finding it hard to call for help. We have always had this culture of silence that means it’s hard for us to talk about what we’re going through.”

Apolosi Ranawai Lasei from the District Council of Social Services has seen the impact of Fiji’s COVID-19 crisis firsthand.

He was at a recent protest by quarantined villagers who had run out of food.

“They broke the rules of social distancing and just came out because they needed help,” he said.

Protests are rare in Fiji, which is still emerging from a period of military dictatorship where all forms of protest were suppressed.

But there have been at least three in recent weeks.

Risk consultancy firm Fitch Solutions has pointed to the increased risk of social unrest in its latest outlook for Fiji.

Fisk’s Anwita Basu said the key livelihoods of average Fijians was at risk.

“Because it is a tourism-dependent market, and the country was hoping to reopen specially to neighbouring New Zealand and Australia, and that’s where we see the risks coming from mostly,” Basu said.

Fijian historian Brij Lal said the recent protests were significant, and the outbreak is damaging the government of Prime Minister Frank Bainimarama.

“A lot of anger, a lot of frustration, a lot of fear right across the country,” he said.

But he doesn’t think the people’s anger and frustration will destabilise the government.

“I do not think that will lead necessarily to overt rebellion against the authorities,” he said.

“Because the authorities have their hands firmly on the apparatus of public security and the military is placed in strategic positions around the country.”

Meanwhile, the government was hoping its relatively successful vaccine programme will bring the outbreak to an end.

It has resisted calls for a nationwide lockdown, believing that would cause even more economic pain, opting for localised restrictions instead.

So far more than 250,000 people, or more than 40 per cent of the eligible population, have received their first dose of the AstraZeneca vaccine.

There have been 2,090 cases of COVID and seven deaths recorded in Fiji, according to Johns Hopkins University.