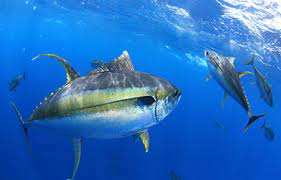 The Indian Ocean Tuna Commission (IOTC) agreed to reduce the total allowable catch for yellowfin tuna after months of pressure from non-governmental organisations and some commercial groups.

But according to environmental organisations, the effort has fallen short of ending overfishing, as five members of the commission objected to the rebuilding plan.

The Blue Marine Foundation (BLUE) and the International Pole and Line Foundation (IPNLF) lauded the commission for the adoption of an updated resolution that lays out a rebuilding plan for the Indian Ocean yellowfin tuna stock.

However, five IOTC contracting parties – Oman, Iran, India, Madagascar, and Indonesia – objected to the adoption of the resolution.

“As a result of these objections, a total allowable catch (TAC) has not been agreed for the stock. When historical catch levels for the objecting contracting parties are factored in, their exemption from the new resolution means this interim measure is not expected to support stock rebuilding,” the nonprofits said in a statement following the conclusion of the IOTC meeting.

BLUE and IPNLF called out the European Union for failing to take a leading role in calling for fishing restrictions during in the meeting, which they said could have helped reach a consensus on the rebuilding plan.

“While we are encouraged by the adoption of a new plan for yellowfin tuna and by the dedication that kept IOTC members around the table for six extra hours after a long week, we cannot ignore the shortcomings of this new resolution, nor can we ignore the selfishness of distant-water fishing nations such as the EU. who had the opportunity to take a leading role in solving this problem they helped create, but chose instead to play hardball with coastal states who depend on Indian Ocean fish stocks for their very survival,” BLUE Executive Director Charles Clover said.

WWF also said the adoption of the resolution was a step in the right direction, but the five nations objecting to the plan are not bound by the rules and are not obliged to follow them.

“WWF is disappointed that many countries are beginning to use the right of objection as a matter of convenience for not agreeing to rules that would allow an end to overfishing of yellowfin tuna,” WWF said.

WWF said it is joining BLUE and IPNLF in urging the IOTC to call for a special session in 2022 to update the rebuilding plan.

“The Indian Ocean Tuna Commission’s inability to agree on a sufficient reduction in yellowfin tuna catch levels isn’t new, but it is particularly disappointing that the commission failed again this year, given its market is now at stake. The commission has delayed taking the necessary steps to rebuild this stock for several years,” Glenn Holmes, officer for The Pew Charitable Trusts’ international fisheries project, said. “Now, with five parties objecting to the new measure and fishing essentially allowed to continue at previous levels, the change on the water is likely to be negligible – just a 1 percent difference in total catch compared to 2019.”

Holmes said the IOTC also did not focus its attention on other important issues before it, such as overfishing that has continued to occur for skipjack tuna.

“This catch level, which was determined by an agreed-upon harvest control rule, has been exceeded every year since its inception in 2018, and the failure by commission members to adequately enforce the catch limit suggests overfishing of this limit will continue unabated,” he said.

BLUE and IPNLF said the IOTC failed to tackle a proposal to improve the management of drifting fish-aggregating devices (FADs) used by industrial purse-seine fleets in the region.

“Although some objections meant watertight outcomes could not be achieved within the updated stock-rebuilding plan, and some distant-water fishing nations did everything in their power to derail efforts to improve the transparency of drifting FAD operations and mitigate the negative environmental impacts of these devices, the resolve of proactive coastal-state delegations was clear for all to see in this,” Purves said.
The International Seafood Sustainability Foundation (ISSF) – a global coalition of seafood companies, fisheries experts, scientific, and environmental organisations, which advocates in favorof science-based initiatives for long-term tuna conservation –said if fully implemented, the adopted measure projects a resultant yellowfin tuna catch level of 401,000 tons, which it said meets the recommendation of the IOTC Scientific Committee. But that is unlikely given the objections of the five member-states.

In response to the inaction from the IOTC, the ISSF now deterinming whether to enact its yellowfin Tuna rebuilding plan should go into effect, whichwould require participating companies to reduce their sourcing of Indian Ocean yellowfin tuna.

“Further information over the coming weeks will inform the ISSF board’s discussion on the sufficiency of the new measure as likely to be implemented,” it said. “ISSF remains focused on taking steps forward for the long-term protection of the region’s valuable tuna fisheries and their associated ecosystems. We will be working diligently in the weeks and months ahead with all stakeholders towards this goal.”

ISSF did back an IOTC agreement to create a working group on electronic monitoring, which it said was an important step in the management of in Indian Ocean fisheries.

ADB provides $5 million grant to Solomon Islands response to the...