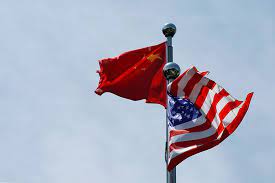 The U.S. policy chief for the Indo-Pacific said on Tuesday the United States aims to work with Japan, New Zealand, Australia and others to assist island nations in the Pacific, a region of increasing strategic competition with China.

Five Pacific island nations announced in February they would start withdrawing from the Pacific Island Forum, the region’s main political grouping after a fractious leadership vote.

White House Indo-Pacific coordinator Kurt Campbell said the United States wanted to work with others to reconvene the forum, after what he termed a “schism,” to enable future bilateral and institutional engagement.

“These are islands which we have enormous historical moral and strategic interests in, and then sometimes we forget that,” Campbell told an online event hosted by the Center for a New American Security think thank.

“And increasingly, again this is an arena of competition both in terms of values, their role at the United Nations, their health challenges, climate change their potential role militarily, healthy fishing stocks, just down the list.

“So one of the things that we are looking to do over the course of the next little while, working closely with allies like Australia, New Zealand, Japan and others, is to convene with Pacific island nations to talk about arenas of common purpose,” he said.

Campbell said the aim would be to make progress in areas such as fisheries and coastguard activity and in delivery of support and assistance, including vaccines.

He said the region faced enormous challenges dealing with poverty, disease, and climate change and helping to meet those was difficult given their small disparate populations.

“But for the United States, again this is another area where we must step up our game.”

The sparsely populated South Pacific island countries have in recent years become battlegrounds for influence between China and the United States and its allies.

Most of the island nation governments have been facing severe economic headwinds due to their heavy reliance on international tourism, an industry that abruptly shut last year due to the coronavirus pandemic.