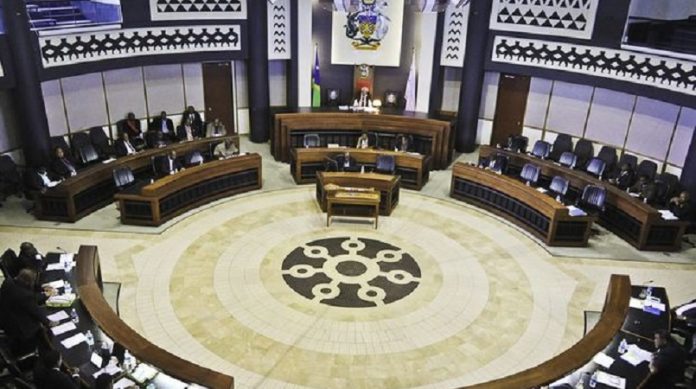 Over the past decade, around the world, the number of anti-corruption agencies (ACAs) – organisations specifically tasked with fighting corruption – has increased significantly. In turn, researchers and policymakers have sought to understand how ACAs are established and why they often fail to live up to expectations.

The international literature points to three institutions that determine how ACAs are established. First, the role of donors in pressuring governments to establish these agencies – if donors have significant leverage they can help force governments to establish and support new ACAs. Second, a strong and engaged civil society. Finally, political parties and the incentives driving politicians to support reform. In sum, it is often argued that if these institutions are robust it is more likely that countries will introduce ACAs that can address corruption.

In a recently published article (paywalled, email the author for a copy), I examine the role these institutions played in helping to establish (into law) the new Solomon Islands Independent Commission Against Corruption (SIICAC), the country’s first stand-alone ACA. The Solomon Islands parliament established the SIICAC after passing the Anti-Corruption Act 2018. My research, conducted just before the bill passed, involved interviews with 18 key stakeholders involved in this reform.

When I first examined their responses, it became clear that traditional explanations for why the SIICAC was established were inadequate. This is because when the SIICAC passed into law, the role of donors, supportive politicians, political parties and civil society in the country was on the wane, relatively weak or fractious.

The SIICAC was established when donor leverage was relatively weak; that is, the enabling legislation was passed after the international Regional Assistance Mission to Solomon Islands (RAMSI) intervention (2003-2017) formally wound up. While donors, like Australia, are still active in Solomon Islands, their presence has diminished. In 2010, at the height of RAMSI, total Official Development Assistance distributed to Solomon Islands from all donors was US$276 million in 2017 prices, by 2018 that figure had fallen to US$167 million. 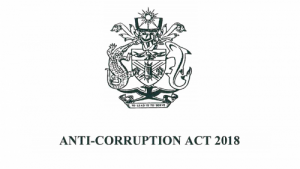 Civil society – the second key institution some scholars believe shape ACAs – in Solomon Islands is also frail. While elements of civil society played an important role in petitioning the government to establish the SIICAC, as many have noted, the country’s civil society organisations are relatively weak compared to those in other developing countries.

Finally, politics in Solomon Islands revolves around individuals, rather than the more stable political parties that some consider important for establishing strong ACAs. Moreover, in 2017, before parliament passed legislation to establish the SIICAC, government MPs removed then Prime Minister Manasseh Sogavare, who championed the new ACA and broader anti-corruption reforms. While the reasons for Sogavare’s dismissal are numerous, for some commentators, and for Sogavare himself, it was due to his support of the SIICAC and associated anti-corruption legislation, and MPs’ concerns that the SIICAC would target their misdeeds.

Given this, it is little wonder that in August 2017, Ruth Liloqula, head of Transparency Solomon Islands, said it was unlikely SIICAC’s enabling legislation would ever pass.

So how was the SIICAC established?

Drawing on assemblage theory, my research suggests the bill passed because of the ability of national and international anti-corruption actors (bureaucrats, politicians, donors and activists) to work together at critical moments to shape anti-corruption policy. This group of disparate actors spanned the globe as Solomon Islands policymakers travelled to a number of countries to consult anti-corruption experts on the best model for their new ACA.

Anti-Corruption_Act_2018 Those involved were able to come together and help convince policymakers to pass the bill just when it looked like all was lost. For example, responding to politicians’ concerns that the SIICAC would target them, bureaucrats and international advisers came together to rewrite and reframe draft legislation, and worked to assure MPs that the bill would not threaten their interests. The SIICAC was established into law because at critical junctures key individuals reframed debates about this new institution.

My findings also provide some insights into why ACAs can fail to effectively address corruption. Respondents noted that the core group involved in legislative change marginalised those who believed the draft legislation was too weak. For example, in the lead up to parliament passing the legislation, those critical of the inclusion of a controversial clause to allow custom as a defence for bribery were excluded from key meetings they had previously been invited to. This clause controversially made its way into the final Anti-Corruption Act.

In addition, while the bill involved some public consultation, respondents were concerned that the public were mostly excluded from shaping the SIICAC’s mandate.

As a result, Solomon Islands’ new anti-corruption agency has been shaped by a disparate group of people that, at times, excluded critical and local voices. This cohort (or ‘assemblage’) succeeded in establishing the SIICAC into law; but there is a risk the compromises that accompanied this process will undermine the SIICAC’s ability to meaningfully address corruption in the years to come.

Disclosure: This research was undertaken with support from the Australian National University’s Asia-Pacific Innovation Program and the Pacific Research Program, funded by the Department of Foreign Affairs and Trade. The views are those of the author only.

Grant Walton is a Fellow at the Development Policy Centre and Chair of the Transnational Research Institute on Corruption. He is the author of Anti-Corruption and its Discontents: Local, National and International Perspectives on Corruption in Papua New Guinea.