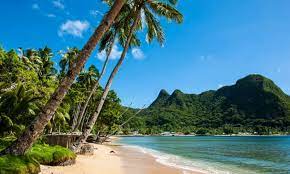 An area of land roughly the size of China needs restoring if the planet’s biodiversity and the communities who rely on it are to be protected, UN agencies said on Thursday.

The Food and Agriculture Organisation (FAO) and UN Environment Programme’s (UNEP) call to reinstate at least one billion degraded hectares of land by 2030 must also be matched by a similar commitment to the oceans, or else risk a growing threat to global food security, they added.

In a new report marking the start of a Decade of Ecosystem Restoration, the agencies warned that humans are already using 1.6 times the resources that nature can provide sustainably.

Some 420 million hectares of forest have been lost since the 1990s, the UN report noted, and Member States are “not on course” to meet pledges to increase the overall amount of woodland by three per cent by 2030, said Mette Wilkie, Director of FAO’s Forestry Division.

“Conservation efforts alone will be insufficient to prevent large-scale ecosystem collapse and biodiversity loss”, FAO and UNEP maintained, before underscoring the need for countries to “reprogramme” their post-COVID-19 recovery and move away from massive subsidies to carbon-heavy sectors such as fossil fuels.

“It is no longer enough just to protect what we have, we have to go beyond that and restore, not only to halt the loss of biodiversity, but also to meet the Paris Agreement’s climate targets”, said Tim Christophersen, head of UNEP’s Nature for Climate Branch, Ecosystems Division, in reference to the 2015 summit, where countries committed to limit global average temperature rise to well below two degrees Celsius compared to the pre-industrial level, and preferably 1.5C.

“If we do this at the necessary scale it will have benefits far beyond climate change and biodiversity…for food security, for health, for clean water, for jobs. Restoration can benefit all these Sustainable Development Goals”, he explained.

Ecosystems – from forests and farmland to rivers, oceans and coastal areas – offer natural protection from the triple threat of climate change, loss of nature and pollution, but “poor stewardship of the planet” threatens the well-being of future generations, the agencies warned.

Those places in most urgent need of attention include farmland and forest, grasslands and savannahs, mountains, peatlands, urban areas, freshwaters, and oceans, FAO and UNEP insisted, adding that communities living in almost two billion degraded hectares of land include some of the world’s poorest and marginalised.

“Degradation is already affecting the well-being of an estimated 3.2 billion people – that is 40 per cent of the world’s population”, said Andersen and Dongyu. “Every single year, we lose ecosystem services worth more than 10 per cent of our global economic output,” but “massive gains” are possible if these trends can be reversed, they added.

To achieve land restoration targets by 2030, UNEP and FAO estimate that investment of at least US$200 billion per year by 2030 will be needed. Amid concerns about where this funding might come from, the UN report noted that every $1 invested in restoration is expected to create up to 30 times that amount in economic benefits.

While the need for land restoration is urgent – as recognised by a UN General Assembly-sponsored UN Decade on Ecosystem Restoration 2021–2030, coastal and marine protection is even more important for everyone’s wellbeing, the UN agencies insisted.

“We speak of two thirds of ocean ecosystems being damaged, degraded and modified, and if you consider that the planet is 70 per cent ocean, that is an enormous amount, including plastic pollution which is so ubiquitous that it is very hard to avoid plastic – even in fish that we catch and eat,” said UNEP’s Christophersen.