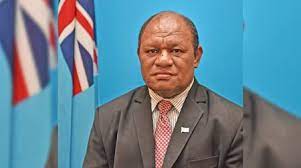 Fiji’s Minister for Forestry, Osea Naiqamu has tendered in his resignation from Cabinet.

Naiqamu has taken this decision to focus on his health, for which he recently sought treatment, while continuing to contribute to the nation as a Member of Parliament.

The Prime Minister will oversee the functions of the Ministry of Forestry until further notice.