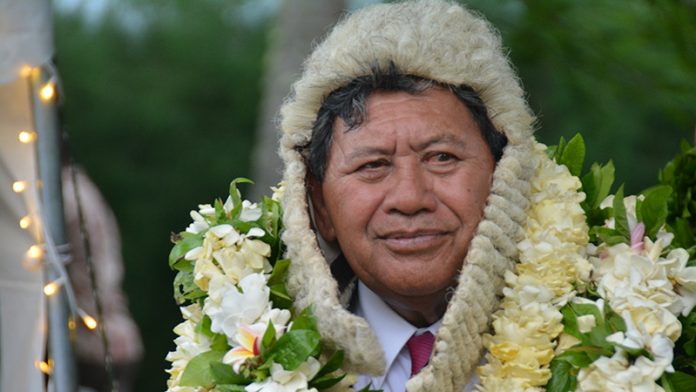 Member of Parliament for Mauke Tai Tura was last night sworn in as the new Speaker of Cook Islands Parliament at a special ceremony held at the Queen’s Representative Sir Tom Marsters’ residence in Titikaveka.

The Member of Parliament for Mauke had held the role of Deputy Speaker for nearly 10 years – since the time of the former Speaker, the late Sir Geoffrey Henry, who also served two terms as the country’s prime minister.

Prime Minister Mark Brown, who nominated Tura for the role, acknowledged the former Speaker Niki Rattle for her wonderful service. Brown had every confidence in putting Tura’s name forward and welcomed the new Speaker to the role.

Tura was born in 1949 and is a member of the Cook Islands Party. He was first elected to Parliament at the 2010 election. In April 2019, he was re-appointed Deputy Speaker.

Back at Parliament after the Speaker’s endorsement, the MP for Pukapuka-Nassau Tingika Elikana was declared the Deputy Speaker elect.