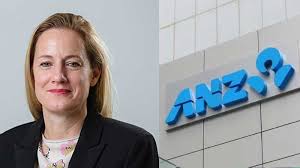 ANZ will extend its fee waiver until September 2021 for online foreign currency payments made from Australia and New Zealand into 10 Pacific countries.

Latest figures show the value and volume of transfers made by ANZ customers to the Pacific has increased substantially on the same period last year.

Money sent back to the Pacific from overseas, known as remittances, can make up a large part of a Pacific household’s disposable income – up to 25 percent.

ANZ Regional Executive Pacific Tessa Price said the move will provide some relief for ANZ customers during a difficult period.

“With industries like tourism drying up due to Covid-19 restrictions, many families are still unable to generate the income they desperately need,” she said.

“It’s great to see many Pasifika families in New Zealand and Australia taking advantage of the fee waiver and sending more money home to help”.

“A combination of factors contributed – obviously, at the top of the list is the Pacific shared identity of ‘stronger together’ – sticking together when it matters most,” he said.

“A huge part of Pacific culture is about taking care of each other.

“Ongoing employment in the essential service sectors like healthcare, construction and manufacturing of the developed world also helped, along with hefty government income support payments to households in remitting countries.

“More recently, a restart of the seasonal worker programme and a stronger Australian and New Zealand dollar has contributed also, as well as the lower cost of remittances,” said Sen