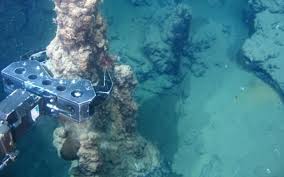 Following a recent public consultation in the northern group and an internal policy review, the Cook Islands Opposition Democratic Party has come out against a ten-year moratorium on seabed mining.

The new policy aligns the Demos with Government but puts the party at odds with environmental groups such as Te Ipukarea Society, global NGO’s, and Pacific nations such as Fiji which have called for moratoriums.

Opposition Leader Tina Pupuke Browne, in a statement, said: “Our team of policymakers have reviewed the Democratic Party policy on our seabed minerals resource and concluded that committing to an arbitrary 10-year moratorium on commercial seabed mining is ill-advised – given the rapid advances in deep sea technology and increasingly available deep-sea scientific data.”

“Furthermore, it would be unwise for the Democratic Party to bind itself to a specific moratorium on any sector.”

In a statement, the Demos said they have kept policy positions on sectors such as seabed mining “fluid to keep up with the changing times and beneficial change if and when it occurs”.

Previously in 2019, the party backed a call by some Pacific countries and civil organisations for a 10-year moratorium on mining activity, citing lack of information about potential impacts.

Browne said factors that will influence any decision to commence mining will depend on technology to allow mining to be carried out in an environmentally sound manner along with the availability of Cook Islands-specific scientific data.

“If the right technology and data supporting commercial seabed mining becomes available in three to five years, then we do not want to be compromised because there was support at the outset for a 10-year moratorium,” she said.

“We have to be able to change with the times, and change sensibly with the greater good of our people and environment always uppermost in the Democratic Party’s position.”

The Opposition leader recently participated in a public consultation organised by the Cook Islands Seabed Minerals Authority (SBMA) in Manihiki and her home constituency of Rakahanga.

“We submitted to SBMA Commissioner Alex Herman that as the Rakahanga MP, I should be able to accompany the consultation group and speak to my constituents on the subject and encourage their feedback,” she said.

Browne said she was pleased with the community interaction at the Rakahanga consultation.

“I spoke in Tauhunu, Manihiki and in Rakahanga, emphasising the fact that mining is a few years away, the need for us to be cautious and to learn from other countries in our region who have made a mess of their natural resources,” she said.

“I truly believe we need to be responsible, careful caretakers of the resources God gave us, to manage them carefully and maintain them for our future generations.”

During the consultations, Browne told attendees the focus of Government’s seabed minerals presentation was on exploratory licences, and the need to collect sufficient data to enable Government to determine future steps.

“There were also discussions around why these minerals are valuable and the money that the country hopes to make if extraction is managed properly,” she said.

“The presentation stressed that there would be minimum environmental impact because the bulk of marine life is not present at the depths of the seafloor where the minerals lie. There was also emphasis on a cautious approach to be taken during the exploratory phase.”

Government recently concluded an application process for companies interested in prospecting and exploring specific areas under the jurisdiction of the Cook Islands.

Te Ipukarea Society responded by calling on the Authority not to finalise any exploration licences until specific areas are set aside for conservation and declared off limits.

Regarding her participation in the Pa Enua consultations, Browne said Opposition MPs should be present at outer island consultations to ensure “balance, people are given correct information and to stop any politicising of these outer islands community information sharing events”.