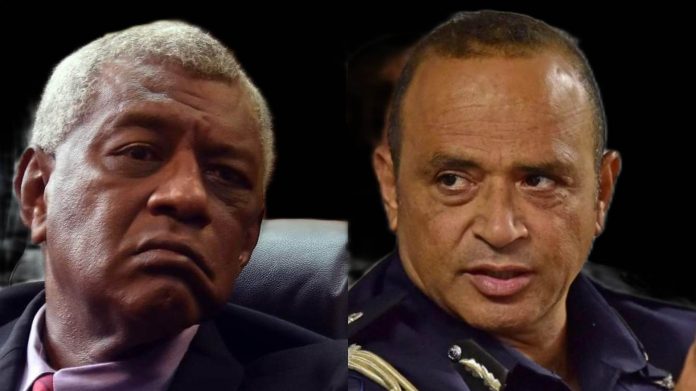 It’s difficult to maintain confidence in Police Commissioner Sitiveni Qiliho and that is why I’ve invited him to resign, says  Fijian Minister for Home Affairs Pio Tikoduadua.

He said the Police Commissioner’s history and record with the former prime minister Voreqe Bainimarama casts doubt over the appropriateness of him keeping his position.

“I am a living example,” Tikoduadua said.

“He’s the Commissioner of Police, the responsibility of the police in administering their work and that is highly questionable in many areas.

“It’s recorded in the press and I am a living example of that.

When contacted ,  Qiliho said he would not be making any comments.

Meanwhile, a border alert for former Minister for Economy and Attorney-General, Aiyaz Sayed-Khaiyum has been issued by the director of Criminal Investigations Department.

The alert has been sent to the Officer-in-Charge of Border Police at the Nadi Airport.

It states that Sayed-Khaiyum is a person of interest and currently under investigation regarding a case of alleged inciting communal antagonism.

“We are yet to deal with the above mentioned person who is believed to be currently in Australia,” states the FPF border alert.

“According to the travel history POI (person of interest) has departed Fiji on 26 December 2022.”

The Border Police have been directed to let the CID office in Suva know once Sayed-Khaiyum returns to Fiji.

Police Commissioner Brigadier General Sitiveni Qiliho said this is a normal monitoring mechanism of CID writing to our Border Police.

He says the alert is to inform CID if Sayed-Khaiyum returns in order to carry out investigations on a report against him.